If relic was owned by EA, it would be canned the moment DoW3 support stopped.

I don't think we would had made it that far. UKF + Renewed supply system possible would have never seen the day and DoW3 would had been a mobile game.

Hawley: And FIFA would indeed be covered by this legislation, to be clear. They’ve certainly expressed their, shall we say, concern over this legislation. But I think that’s probably a good indication that we’re getting somewhere.
https://kotaku.com/u-s-senator-says-his-anti-loot-box-bill-has-the-video-1834905639

Who wants to defend EA Fifa 19?
Yes, there is studio leaders in Relic + Vancouver who still defend these EA shenanigans.
Time for a wake up call? Remember, silence is also complicity!.
If EA/ESA lobbyist continues to defend Fifa 19 they will dig their hole even deeper.
Can Fifa 19 handle public scrutiny/transparency?


At best, Fifa 19 is an online casino disguised as a game.
This game has PEGI 3 age ratings which is ridiculous as this is an adult game due to the gambling practices. 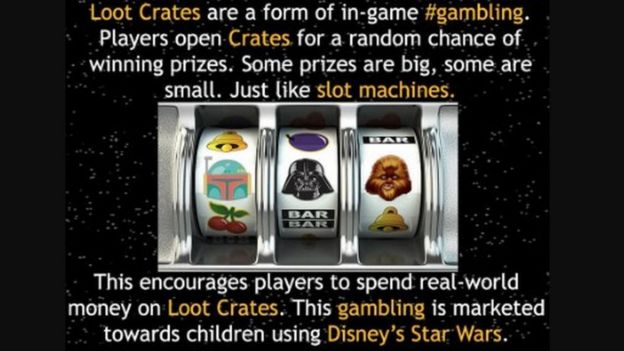 The AAA gaming industry is fundamentally broken with non-sustainable business models and EA have to take some responsibility for this mess.
Ideal scenario, the gaming industry should regulate itself. But with P2W culture dominating in China that is not going to happen.
If CoH3 are to happen, I sincerely hope Sega Europe/Relic move away from predatory business practices.

We are in the endgame now, just saying. Consumer war is coming whatever you like it or not.

Another EA horror invention abused in gambling practices.
EA has a patent for this. 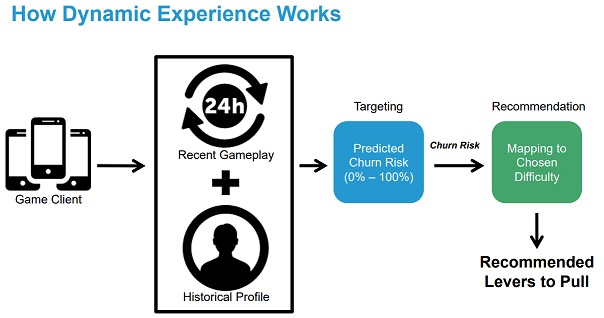 TL;DR EA are definitely in the business of dynamic difficulty adjustment, and a lot of what is in the papers below reflect peoples experience of FIFA.
https://pdfs.semanticscholar.org/16c4/5d99437bd43e0e60fe160f058e3d824ef79d.pdf

Dynamic difficulty adjustment (DDA) + AI research = coming Skynet in predatory business practices.
Sega Sammy who owns Relic is also in the Casino business but not AAA gaming. Due to regulations in Japan, it's called Pachinko which resembles a slot machine.

Scripted EA Games & DDA | More proof Fifa 17/18/19 is a Casino
Initial dynamic difficulty adjustment (DDA) research and exposé was done by Fifa players. Since then other gamers/Youtubers have helped spread this story. DDA is likely also implemented in EA Star Wars and Madden games. Activision which owns Blizzard (since 2013) has a similar patent.
Gambling at its finest.

A paper written by EA employees on dynamic difficulty
https://www.reddit.com/r/FIFA/comments/799a9y/a_paper_written_by_ea_employees_on_dynamic/
TL;DR EA are definitely in the business of dynamic difficulty adjustment, and a lot of what is in the papers below reflect peoples experience of FIFA.
https://pdfs.semanticscholar.org/16c4/5d99437bd43e0e60fe160f058e3d824ef79d.pdf

The paper talks about a new model of dynamic difficulty for increasing player engagement. The example that they give is for a platform game, but say that it is applicable to other genres. I'm yet to digest the paper in full.

Edit:
And here's the patent for slider manipulation: http://www.freepatentsonline.com/y2017/0259177.html
My own summary/some highlights:
If users experience gameplay that is too hard/easy, they will stop playing – therefore companies seek methods to dynamically adjust difficulty

Method involves selecting a seed value for a “knob” (think sliders). Knobs are set to maximise the amount of time people will play for.

Adjustments to the seed values reflect recent gameplay more than less recent (reason for bouncing between 5-0 wins and 1-0 losses in squad battles?).

A machine learning algorithm is used to decide on the seed value, based on interaction data

Knobs are set based on your current perceived level of engagement. This might be determined by factors such as how long you play the game for, AND WHETHER OR NOT YOU HAVE SPENT MONEY ON THE GAME (Emphasis my own, see detailed description section, paragraph 5 - seems a bit dodgy if this is in competitive game modes)

It doesn't say explicitly that this methodology applies to FIFA, or whether it only affects certain modes - but a lot of it is consistent with my own experience and that of others.


Link to EA's code that show Dynamic difficulty exists in the game: https://www.eurogamer.net/articles/2017-06-20-ea-says-no-your-fifa-matches-arent-rigged


The response to this little finding has been overwhelming. After publishing, I received a message from u/CatalystFCP with code that seems to give actual detail on how momentum works. I believe this has been shown before, but now that this has reached critical mass, let's take a look. The following is from the same file as in PART 1:

Editor's note: No matter where any of us fall on the 'momentum' debate, I believe we all really love football, and want FIFA to be great. EA, if you read this, just let us know what is going on. You may think that randomness will lead to more pack openings, and more addiction, but nothing could help the player base grow more than an awesome game. Go back to basics.

Some proof testing DDA in madden 2016:

Gearbox owns the Homeworld IP... unless they are planning on buying it back from them?

Not up with the gaming news, are we?

I knew about the HW announcement (only heard that, didn't check the trailer) and forgot the IP is not owned by Relic.

I knew about the HW announcement (only heard that, didn't check the trailer) and forgot the IP is not owned by Relic.

Randy Pitchford/Gearbox CEO owns the Homeworld IP. Also Randy is on Fig's advisory board and makes money from the company. Looks shady, stay away from FIG investments and wait for steam release.


https://www.gamesindustry.biz/articles/2018-03-08-randy-pitchford-joins-fig-advisory-board
*SNIP*
"Randy brings a very unique set of industry experiences to Fig," said Fig CEO Justin Bailey. "He has had a massively successful career of developing monster AAA hits for some of the largest publishers in the world, as well as helping small studios bring their passion titles to market. Adding his knowledge to our advisory board will level up the Fig platform, benefit our developers, and allow us to bring the most ambitious titles to-date to our platform."

Gearbox owns the Homeworld IP... unless they are planning on buying it back from them?

Sega: Pitchford did "whatever the f*** he likes", 3rd September 2014:
https://www.gamesindustry.biz/articles/2014-09-03-sega-pitchford-did-whatever-the-fuck-he-likes

According to Sega internal emails (from lawsuit), Randy also broke contract agreements with 2K who is publishing the borderlands franchise.

From 'CodeHunters' To 'Aliens: Colonial Marines': Gearbox Is One Of The Most Controversial Studios In The Business:
https://www.forbes.com/sites/erikkain/2013/03/15/from-codehunters-to-aliens-colonial-marines-how-gearbox-has-become-one-of-the-most-controversial-studios-in-the-industry/#1ff5a6de58ca


The aim of INTEGRATED REPORT 2019 is to explain to stakeholders the challenges that
emerged while pursuing Road to 2020 and the initiatives we are taking in response.

Company Of Heroes and Dawn of War (hello NetEase partnership? you don't have phones?) is again both mentioned as "major IPs" from Sega NA studios.
Source: page 52, 53, 55


"Investing toward Bearing Fruit in the Long Term"


This studio, based in Vancouver, Canada has produced several high-quality games with movie-like graphics and highly strategic gameplay.