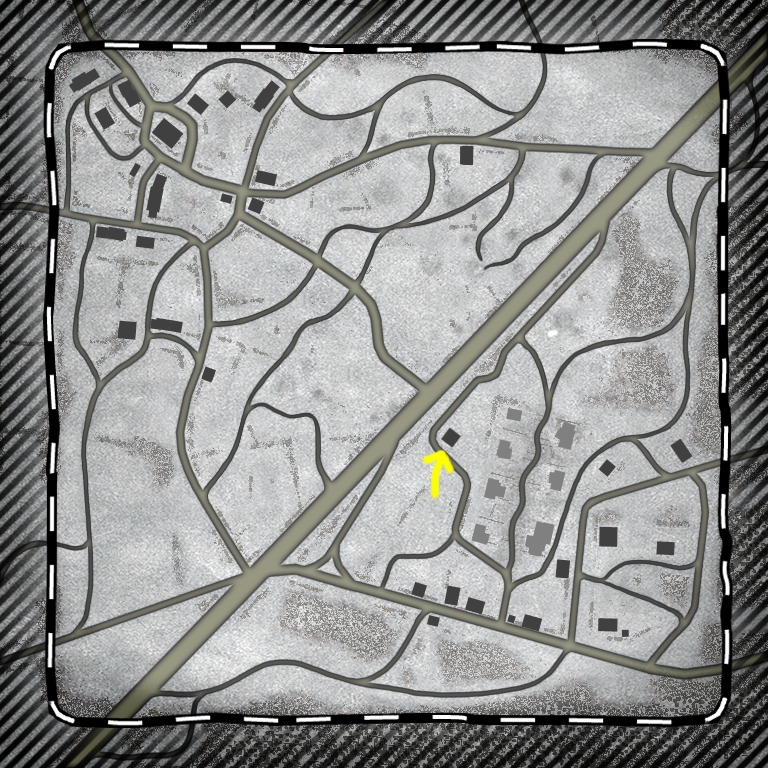 A few major changes were made and many small ones.

1. The middle VP was in Red Cover so arty splat was placed to give yellow cover.

2. The right industrial area was on a large hill which would allow units to shoot under the walls. Hill was smoothed out and gates were added for eye candy since it was more level now. Truck positions were changed to allow for better flanking on large brick buildings. 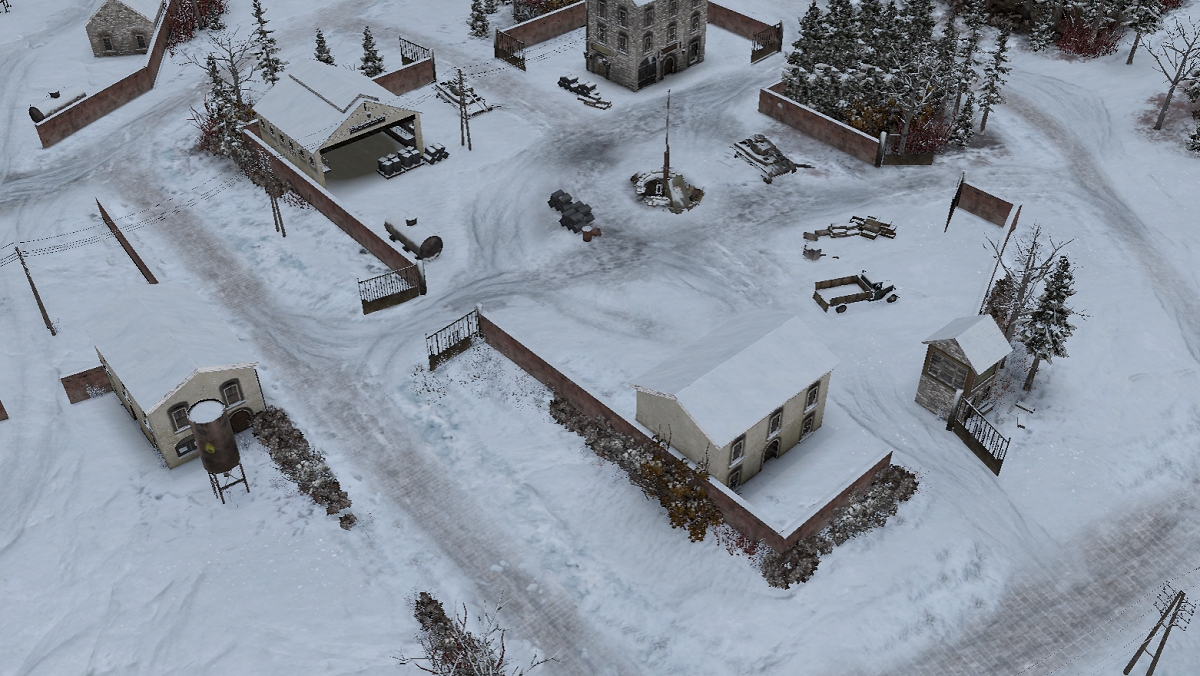 3. Mine field area was cleaned up to let large AT guns path thru the barb wire, etc. Sturmpanther suggested moving dead tanks closer to VP so they were moved a little. An MG will not cover the VP from these positions. 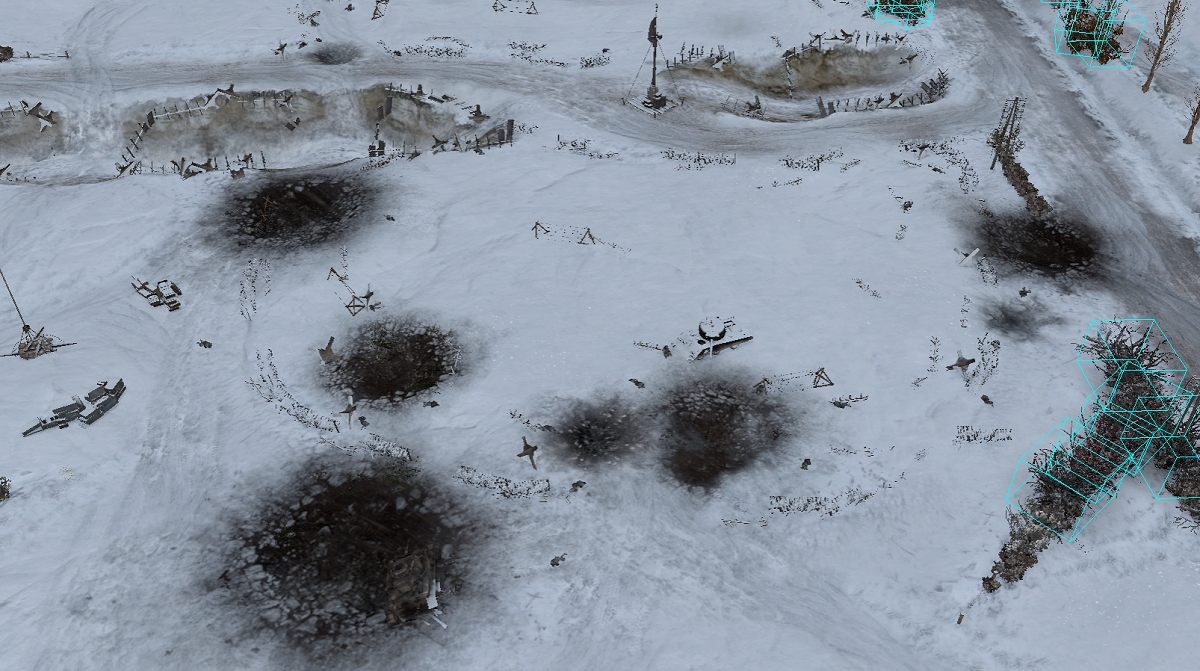 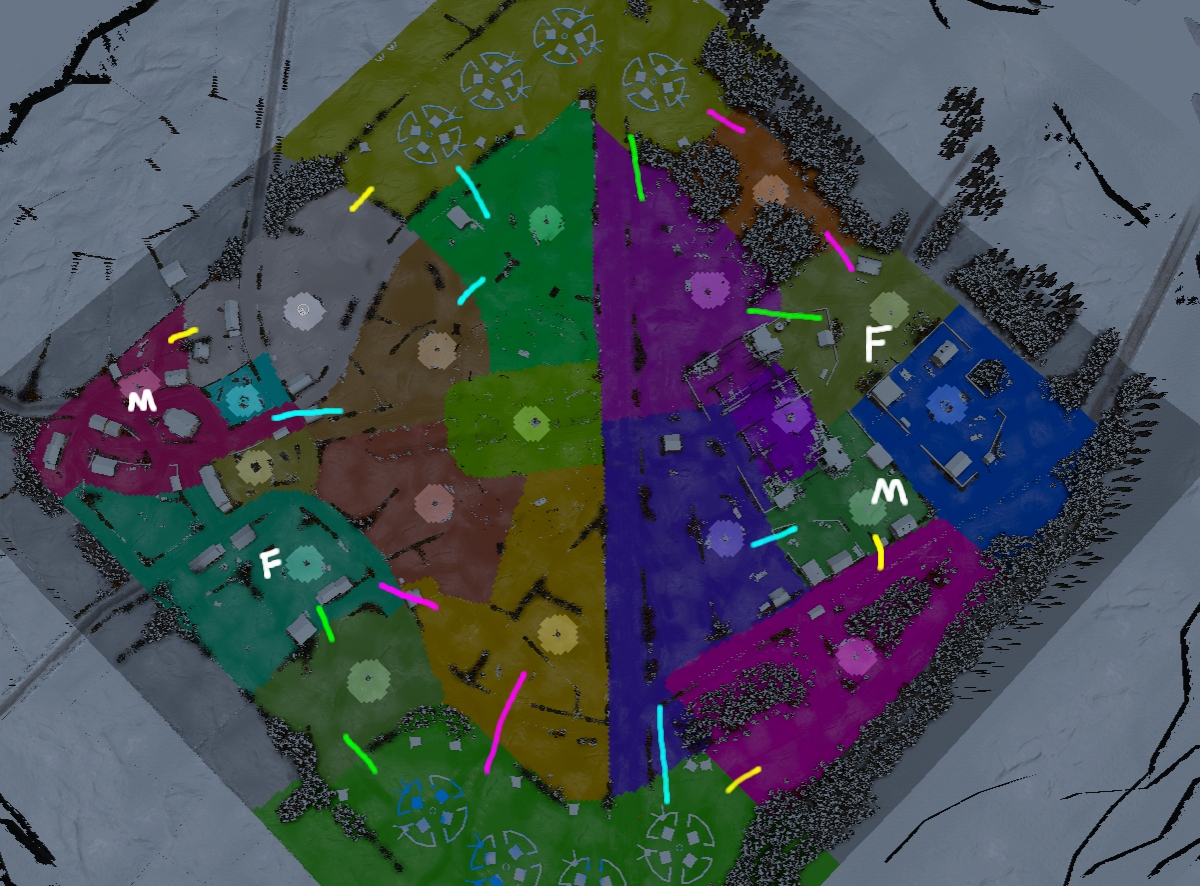 5. This map had HUGE hills everywhere. Most were smoothed out a lot. This left many floating trees. Spent hours fixing trees. Stroked out and head butted monitor. 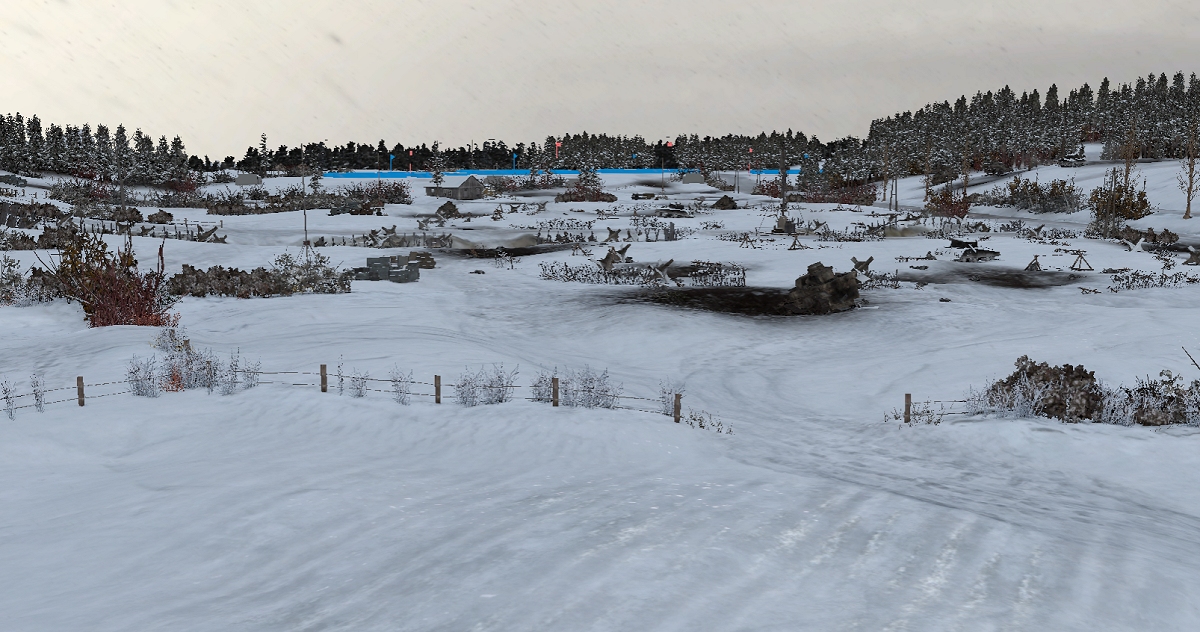 7. Added some cover to new mid building to pretty it up. 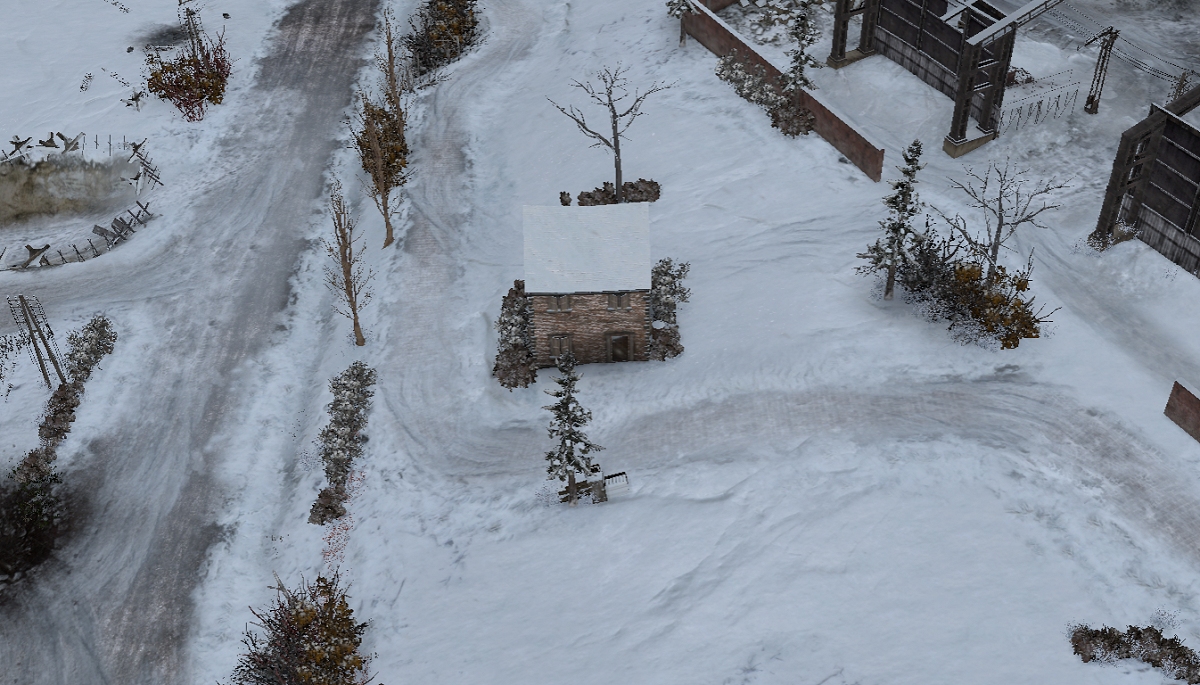 A few of the hedge/fence lines were cleaned up. There were places that looked like they may be fenced but were not, shrubs were removed to make it clear no fence was there and it was passable.

Added a few extra sight blockers by south road where the hill was steep enough to cause serious FOW issues. In the worldbuilder the road could not see the hill but the hill could see the road. 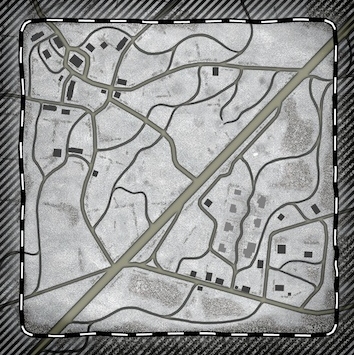 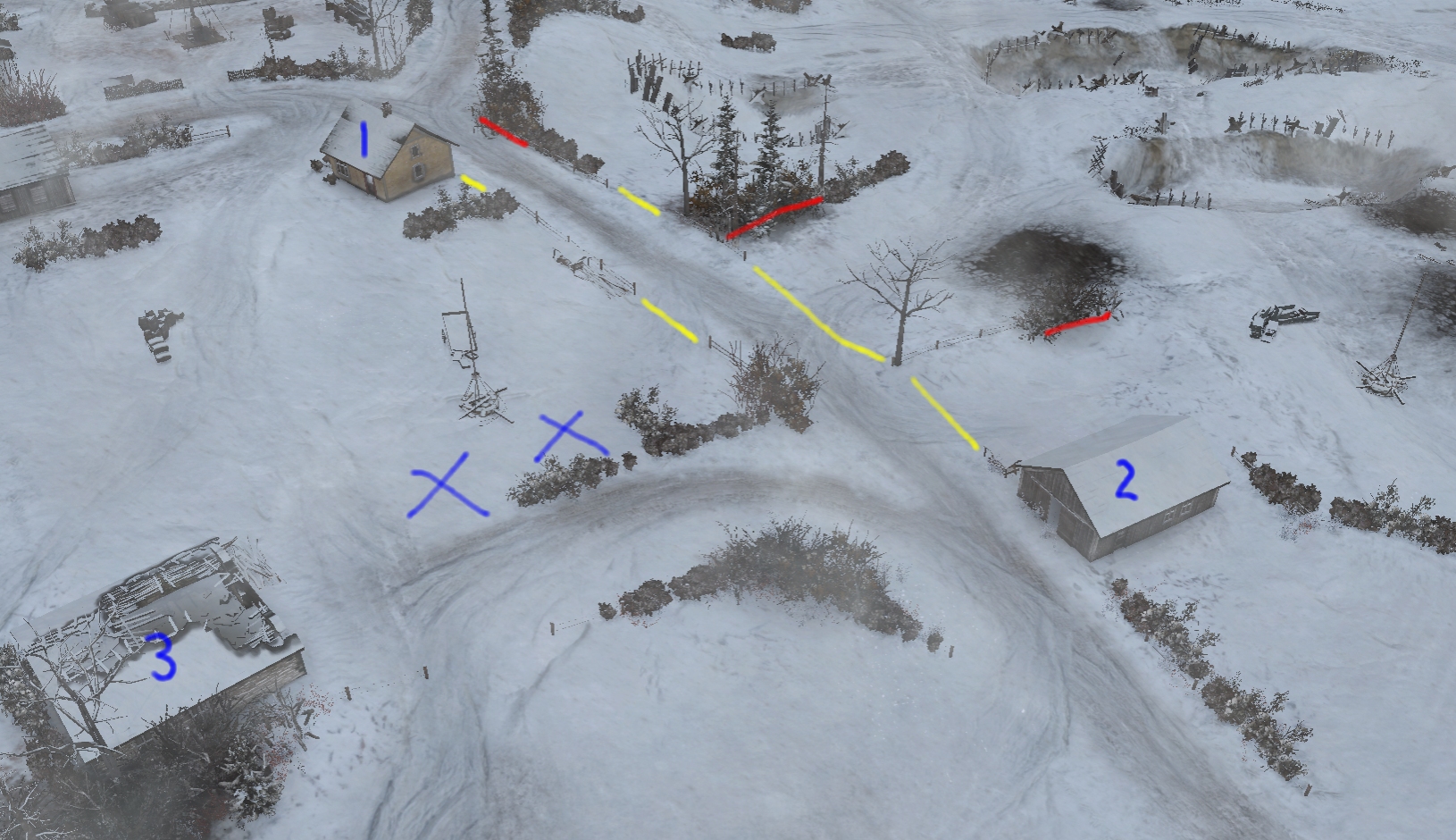 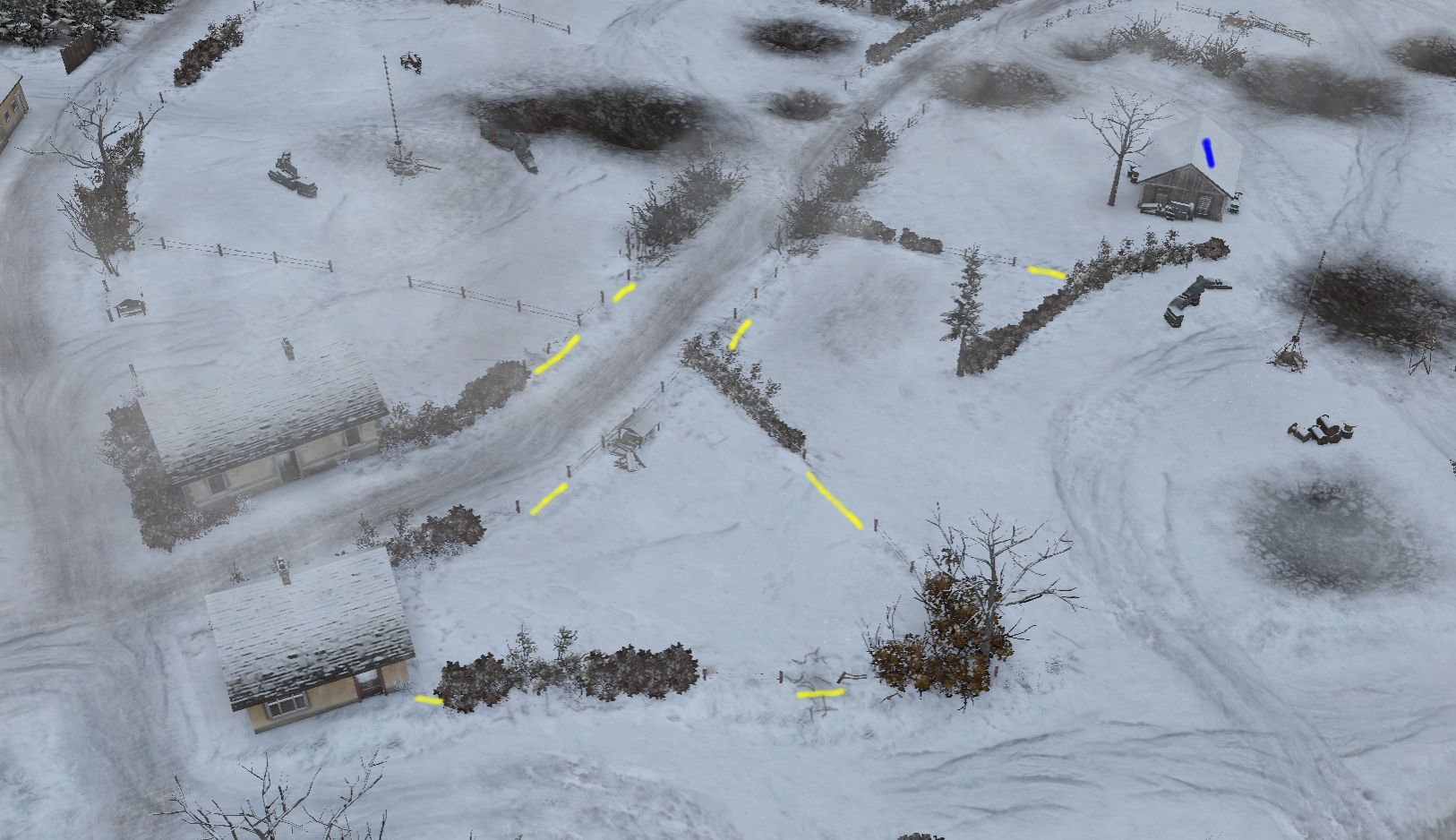 Sorry, that version was not accepted for automatch

It is only available on my steam account for custom games.

Sorry, that version was not accepted for automatch

It is only available on my steam account for custom games.

HOPEFULLY
i hope it gets into automatch

Also the removing the smines;every faction can get a minesweeper and also there are ways where you can walk for free(yes for that one has to play this map more often or in custom)
Yellow

and what about retreating squads that get fugged over by RNG retreat paths?

and what about retreating squads that get fugged over by RNG retreat paths?

There are no rng retreadt paths. Its full understandable where the units retreat.

But yes to avoid that you have to play 2 left and 2 right side, the smines are gone now.
PAGES (2)