Well, bug spotted, some of the points (or maybe haystacks around them) provide line of sight

Other than that, this map looks very promising, quite wide to prevent frontline-forming, a decent amount of sight blockers to allow some CQB and bases are close to the combat zones. Also, lots of no/red cover wont hurt either (if you´re not a blobber)

A ditch on the side of the road towards the southern base is too deep to cross by tanks even if it looks like it could be, so that causes pathing issues and a bit of confusion. Maybe the side points are a bit too separate from the rest of the map.

BAD
1. Fix the obvious wheat mounds that are owned by North so things are VIS when they shouldnt be.

CHANGES
1. The long ditch lanes on sides appear to block VIS? They are deceiving. Maybe put some large hedgerows along fence to help players know they cannot shoot thru that area.
2. A few points have shrubs etc that pull INF from taking points.
3. The base bunkers could be better. You can attack buildings without being shot at. The massive size of the USF base makes this a PITA. Sometimes you need to put bunkers in the middle of a opening which creates pathing issues later

4. The buildings on the side VPs may become an issue. They are setup so each side has better access to them. Cool idea but, if someone pushes your VP early game they could easily have two well protected VPs and its GG for you. This may create the annoying "Rush to the middle" footrace that ruins this game. It removes tactics and creates randomness in a game that already has way too much randomness.

Enjoyed the visuals a ton, very similar to moscow outskirts. I would suggest opening up the pathing a bit more for vehicles around buildings, especially when hedgerows are close by. I would also suggest putting scrub of some kind, in the ditches, as you are not sure you can traverse them or not, they need some sort of visual indicator as it can be confusing when you first play.

Well, bug spotted, some of the points (or maybe haystacks around them) provide line of sight The ditch in the south east also needs to be made more clear that it blocks pathing to mimic the height elevation on the west side.

The height elevation wasn't used, so i wouldn't worry about it being anything crazy that impacts games, and it also provides a nice flanking route if they other team is entrenched there.

The other thing is that there is one single cutoff, this could potential lead to very early aggression centered entirely around the cutoffs and leading to the game being over very fast if it is successfully camped by the opposing team.

Most of what I would say has been said.

The buildings on the edges of the map are so close that they constrain and block vehicle pathing.

I'm not sure this is an intentional design, but the impassable, sight and shot blocking nature of garrisons make them pretty integral parts of gameplay. Not being able to maneuver around them due to map borders is a little frustrating.

I'm not a fan of how the top generic resource point by the windmill exists half out-of-bounds.

At first I didn't like the dreary look to the map, but I'm actually a fan of it after looking at it a bit. The ingame visuals look nice against that canvas.

Pretty cool map. Note on the northern base there is a base MG that was off map and didn't engage when approached.

The tents result in funny symbols on the map when you have line of sight to them: 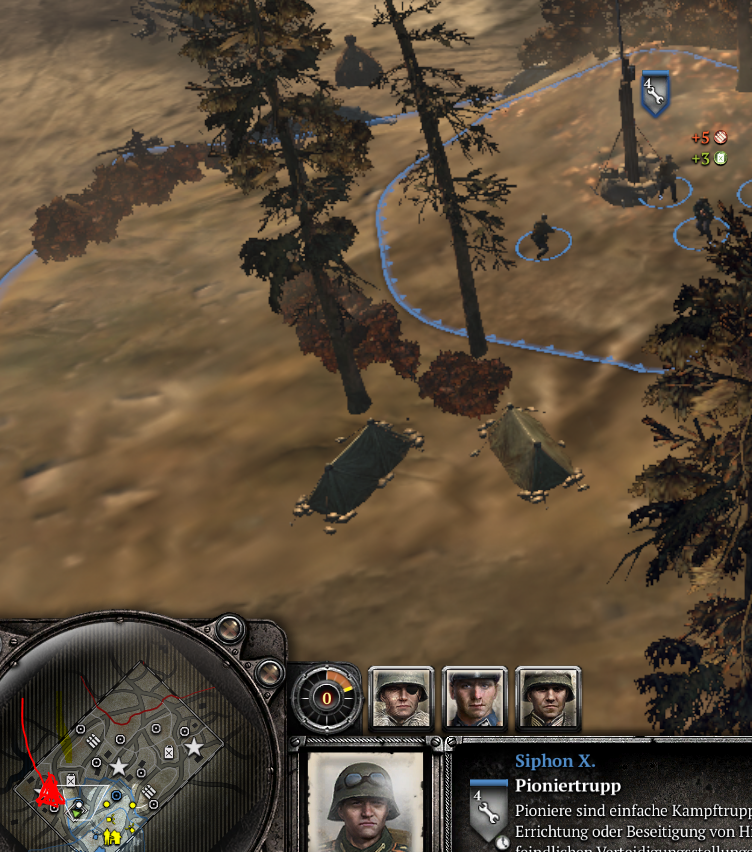 Also, not sure if it intentional that the wood shack is stuck halfway in one of the houses: 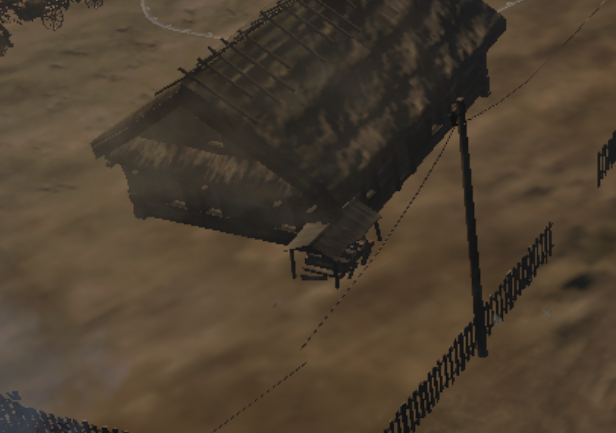 The tents result in funny symbols on the map when you have line of sight to them:

Also, not sure if it intentional that the wood shack is stuck halfway in one of the houses:

About the first picture.

Sorry, but you are not up to date^^

Another issue: When we played in the 2v2 Cup on this map I noticed that every time I crushed some bushes or other obstacles with vehicles the vehicle crew was happy about wiping a squad.

Thanks for the kind words and heads up!

The southern machinegun nests should be revised, the trees obstruct 40% or more of their range, allowing enemy units from the north to chase you almost inside your base.
PAGES (1)