Awwww. And I as hoping it would be deleted forever

But can't wait to see what you guys did to fix it.


Point 13 will get small changed again, and also this
https://prnt.sc/k4dxtl

I think the main problem I have with this map is the base positioning.

Example
The South base fights well to the north and then to the east towards the enemy bases. If the mid player is not doing well, you will retreat right thru the middle of the map.

Same with the center position. You push thru the mid and retreat thru the south and get rekt.

You are punished for pushing too far which means:
- You are rewarded to just camp. Make MGs and chuck rocks.
- artillery pieces have no threat of being pushed.

The base locations need to be adjusted but that would require some point changes as well. TP by the base would be moved and the fuel should be swapped with another point.

I am also not a fan of the wonky unit movement through the narrow cluttered center lanes. But that is what makes it Angermuende I guess 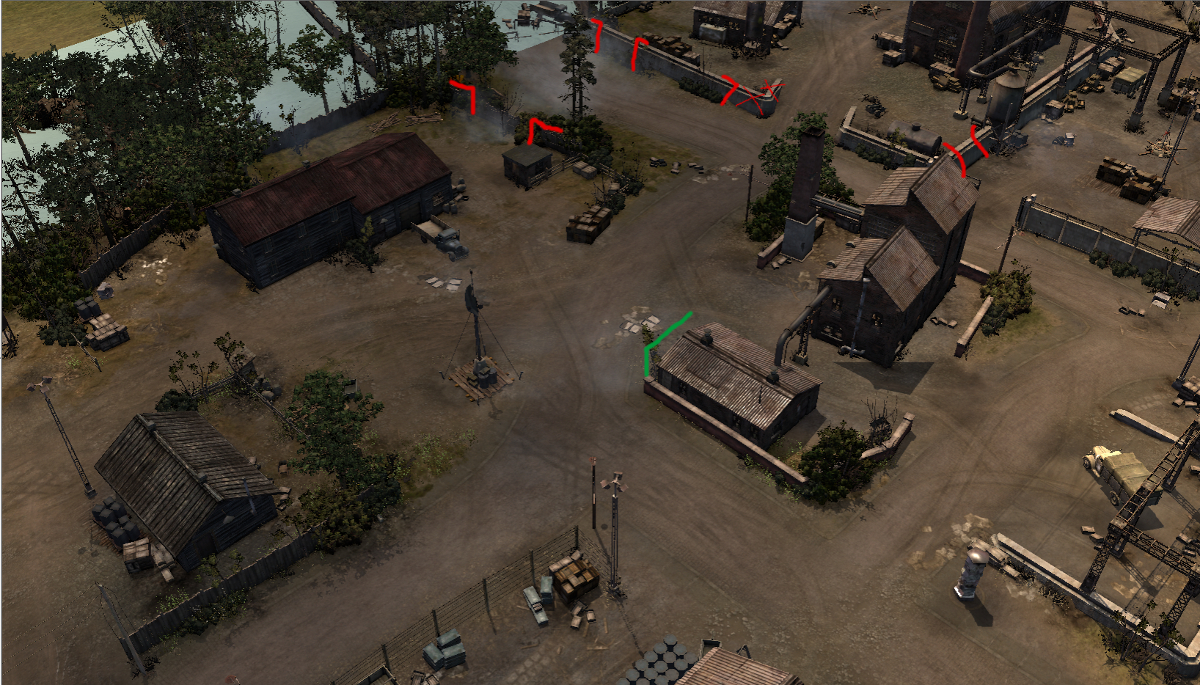 I am really glad about these changes. Right now it is super unfair for the north player cuz you cannot really flank the VP cuz of this wooden wall. I always wondered why this wall even existed. And the houses are completely in favor of the south player as well (on this part of the map). It is way easier to hold the VP from south

Indeed it was. Tested with 3 USA bases
PAGES (1)