The man known best for his fanboyism of USF, his passion for writing guides and determination for changing his profile pic atleast once a week

Is there a way to open the maps you download so you can place actors (units and or structures) automatically?(e.g. 3 Gren squads and a artillery officer,along with a scout car from the very beginning,like in ToW missions?)

After this Cookiez thought he would follow in the footsteps of his Hero and Mancrush Ronald C. Speirs and help train and lead Fresh USF recruits through the Battlefields of Company of Heroes 2 by reviewing replays and giving feedback to newer players.

Then on the late night of sometime this year Van Voort was last seen being given a Cigerrete and Cookiez waltzing around later with the Lead Strategist Badge. Sometime around 2015 Cookiez had enough of dealing with Axis clans with names like "SS-Field Marshall Rommel 666" in team games and he wanted to make USF great again so in the need to unify so he created some clan Im in with stars and stuff so that USF players all over the world can quickly find and Cooperate with fellow USF Commanders and take the fight to The Germans in Berlin. Cookiez leading a smaller more noobier allied force to victory
Now back to his love about Ronald C. Speirs why do you guys think Cookiez loves him so much?

Cookiez idk why you like this Ronald guy so much he wont make USF great again, he is only good at blobbing and running at MGs getting expensive men killed, there is only one man ONE MAN that can make USF great again that will make USF strong and unstoppable uncounterable be the only faction left on the face of CoH2 with Wehrmacht getting rekt first, we all know this but you, we need Im gonna link in spoiler as any axis fanboy should not see any of this footage at all


Also I asked your good friend QueenRatchet123 if he would like to add anything as he is banned on the forums, I would forward his message to you
He wanted you to know you're a fag

wow what an incredible effort put into this post.. From the research to the writing just... Amazing.

wow what an incredible effort put into this post.. From the research to the writing just... Amazing.

I am blinded by this collection of patriotism.

Thanks for the fan club, I RtN. Lead Strategist Cookiez, appreciate your praise !!!

He wanted you to know you're a fag

There is no stopping this man

My face when I see cookiez posting those guides 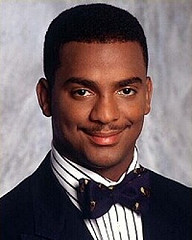 There is no stopping this man

My face when I see cookiez posting those guides

mfw i realize ghost actually has a coh2.org account

Now that is the most quality rage post I have ever seen in this site. All hail the Lead Strategist!