These illustrations were printed in the weekly "Corriere della Sera", published in Milan as supplement to the newspaper "La Domenica del Corriere" 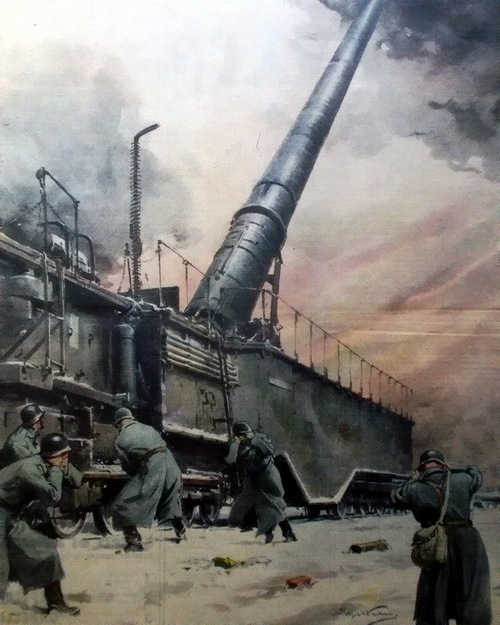 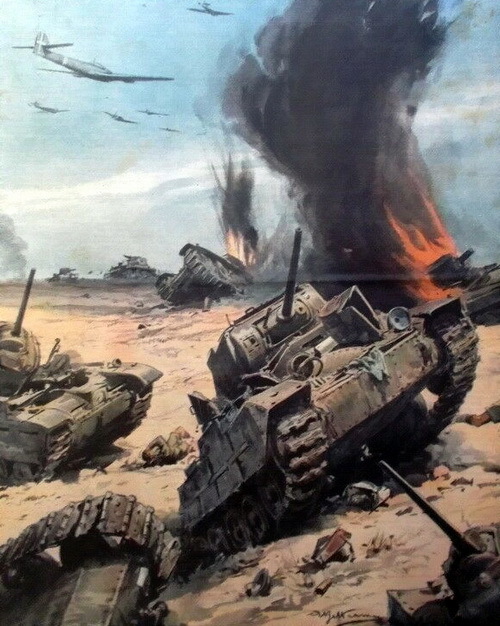 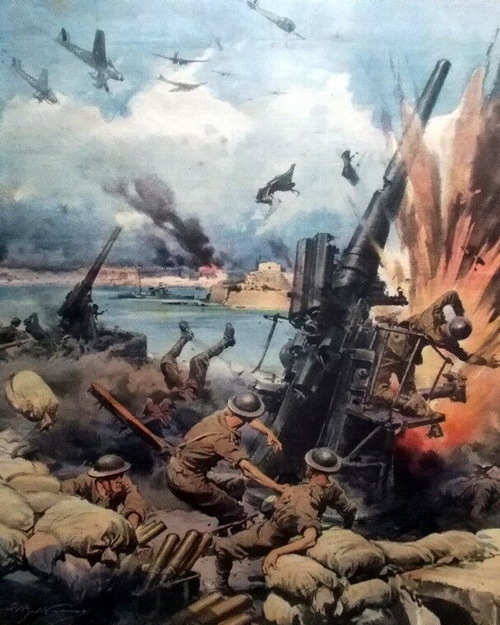 April 18, 1943: German and Finnish skiers storm a caravan of Soviet ships frozen in ice on Ladoga: 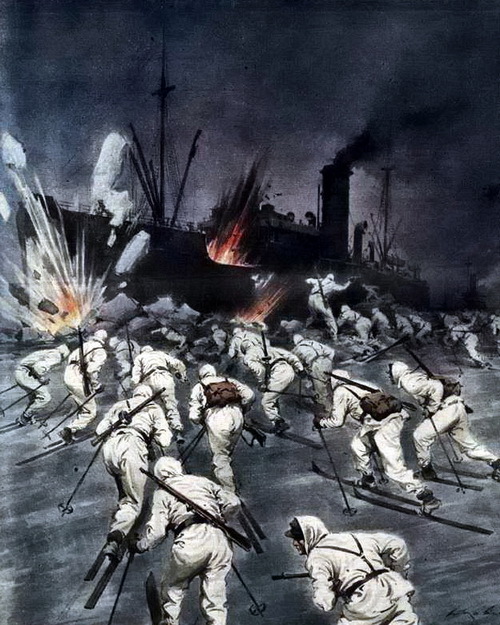 December 7, 1941: duel of English and German tanks in Africa: 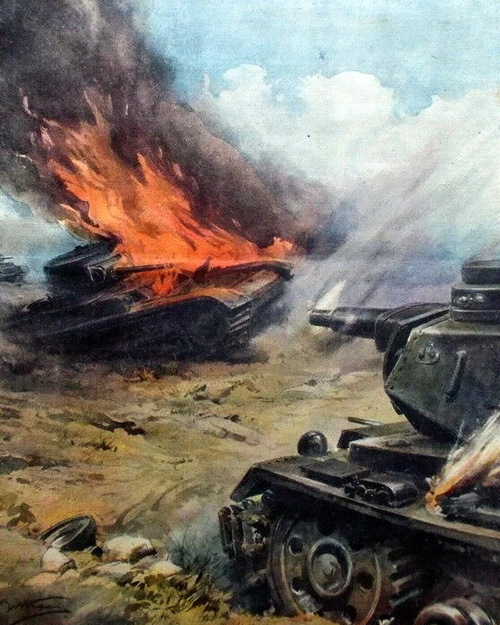 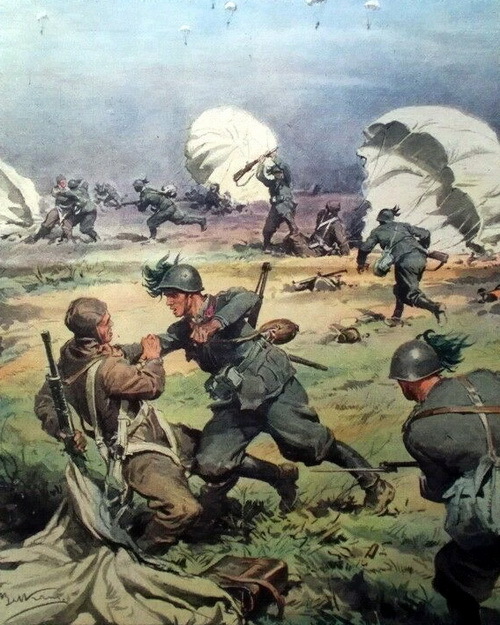 May 31, 1942: Bersaliers storm the Soviet bunker during the battle of Kharkov: 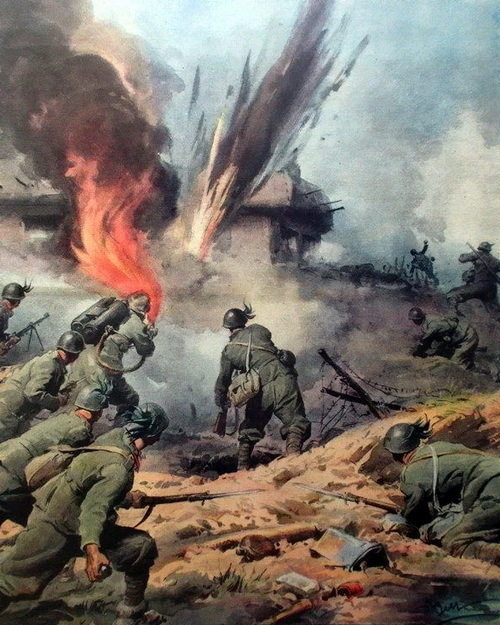 October 12, 1941: battles for the palaces of Peterhof near Leningrad: 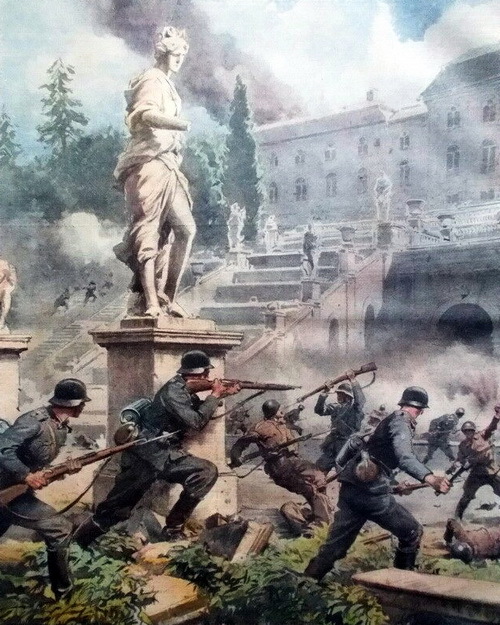 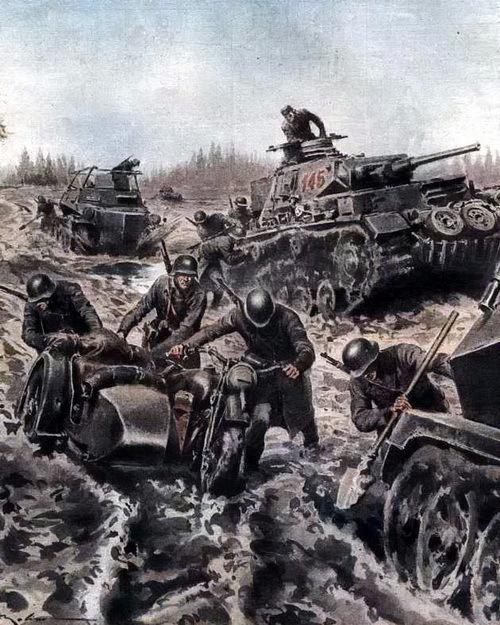 January 10, 1943 issue: Hand-to-hand combat on the Don, attacked by alpine shooters of the Julia division: 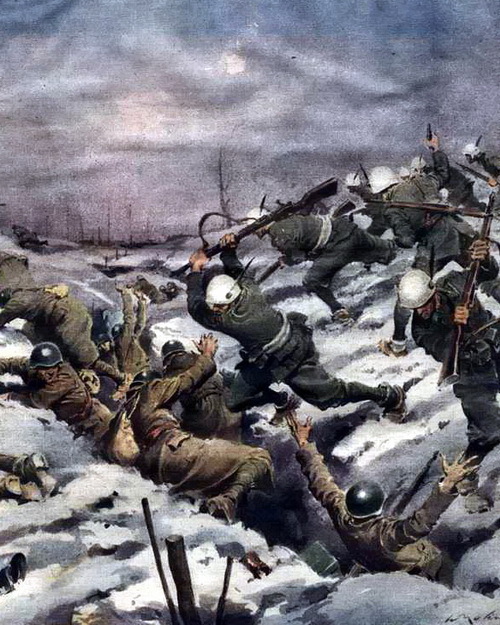 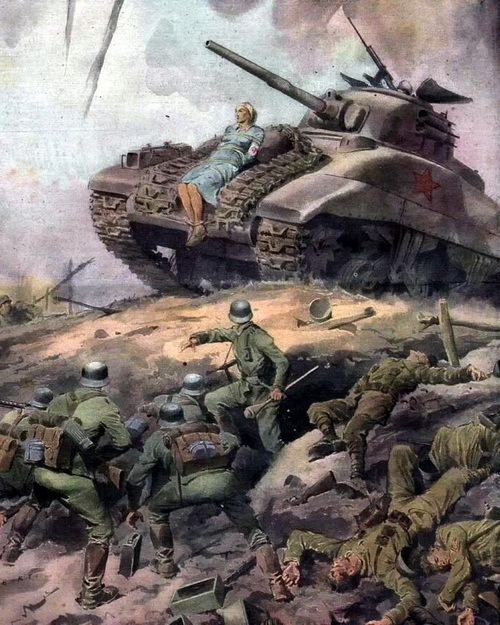 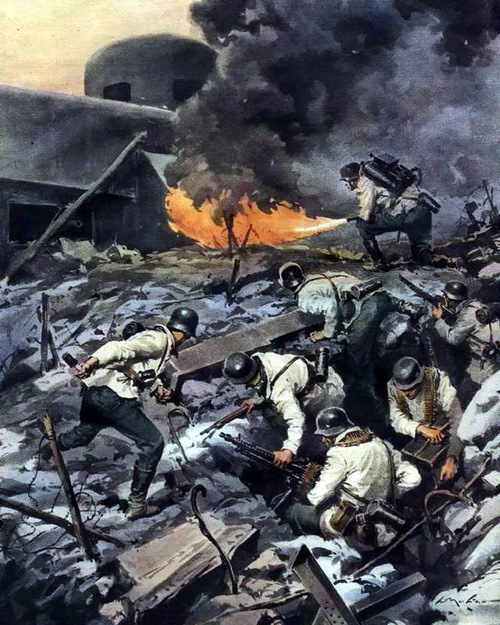 February 20, 1944: battles in Italy, German infantry goes into battle with the support of the Tiger: 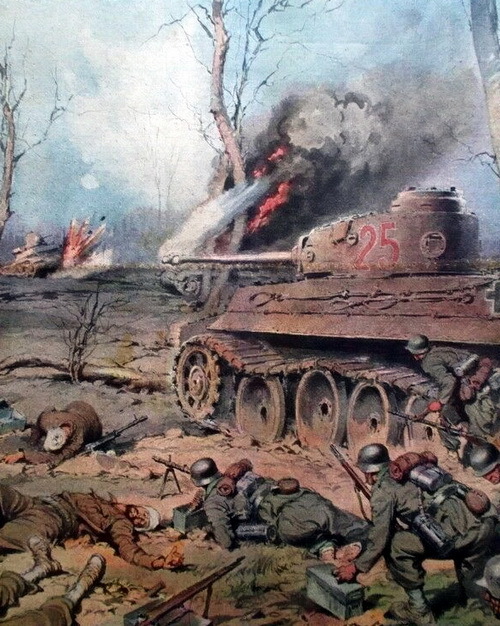 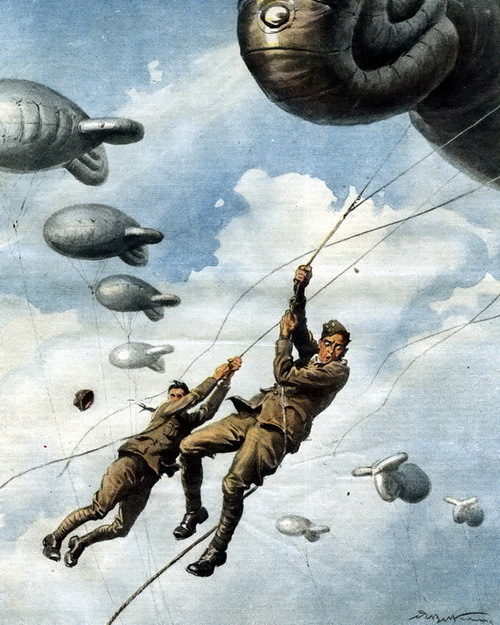 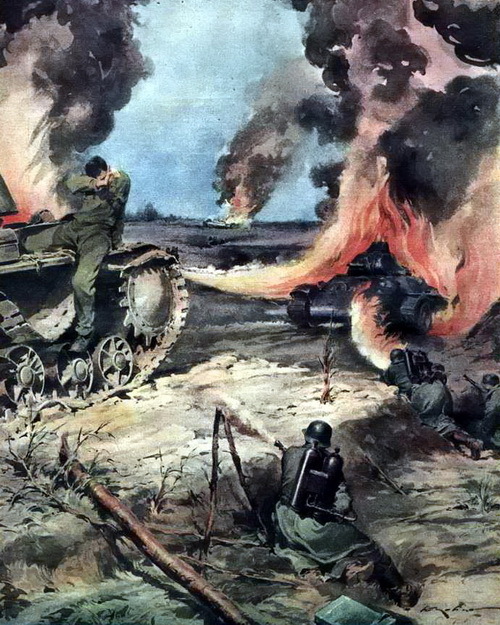 December 27, 1936: the victorious end of the Italo-Ethiopian War: 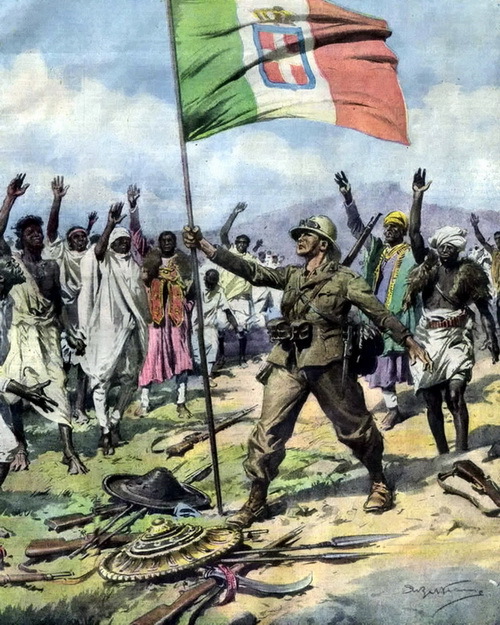 April 21, 1940: German aircraft versus British fleet in the North Sea: 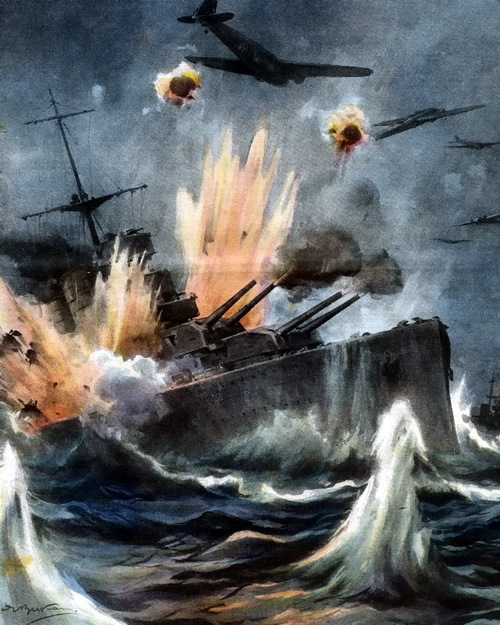 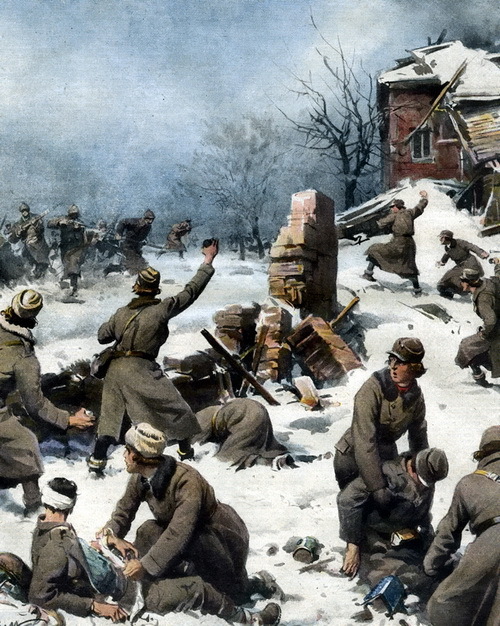 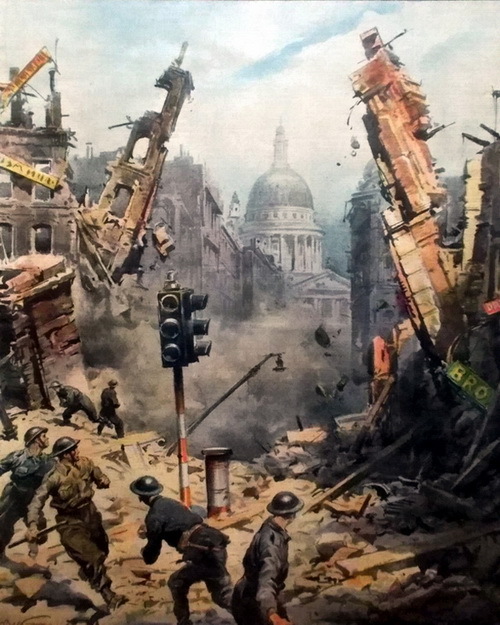 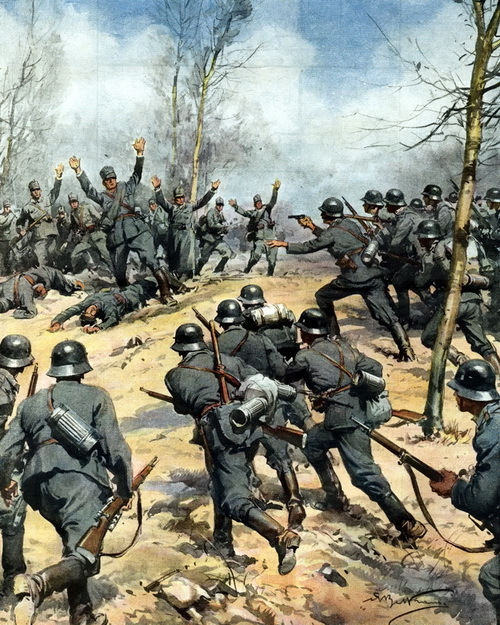