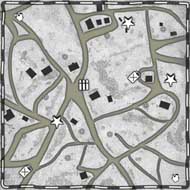 Looking for feedback regarding the build more then the game itself, micro could have being much better, but Crimbo hangover and lag

The build is t2 and t1, with a call in command panther. Depending on the situation, t4 or a walking stuka/puma.

Also, not sure why opponent was moaning, t1+t2 and a command panther before I go t4. Obers have to come some day