by AmiPolizeiFunk 10th January 2013, 23:12 PM
AmiPolizeiFunk flew by helicopter to a small cabin in the woods in an undisclosed, remote training location in Denmark, to have a few words with SNF Contender Aimstrong. 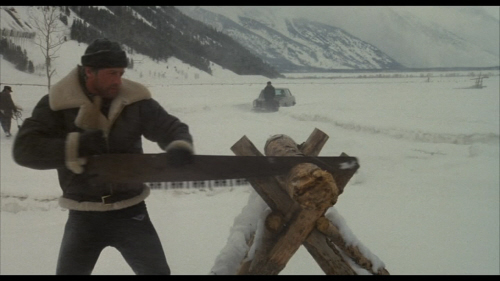 COH2.ORG: First of all, congratulations again on securing the first Final Four spot on SNF Season 4. How have you been staying in shape for the past month and a half?

Aimstrong: Thanks. It's been some time since I was in the ring and I've been busy with the holidays and some work during December. I've been playing a bit, though, but I still have a little more way to go at the moment before I am totally satisfied.

COH2.ORG: It's interesting that after the players made their vetoes, we have OnkelSam's Bois du Chatelet as the G1/G2 map in your matchup, and WhiteFlash's Argentan Crossroads in the Symbi vs. Fir3ball G1/G2. It's like poetry! Did you expect the custom maps to be so successful in Season 4? And can you talk a little bit about Bois specifically and how you plan to approach it?

Aimstrong: I must admit that I was very conflicted about including custom maps. To begin with, I was against them. This wasn't because I didn't think they were good maps, but I preferred playing on the Big 3, which most of us have grown accustomed to playing on. As I started practicing a bit and actually play them in the first qualifier they began to grow on me and I feel including them ended up being a very good decision that spices things up. Argentan was the map I practiced the most on, while I only played on Bois literally 2 times before facing off against Symbiosis (a total of 5 times if you include my 3 games vs Siberian from the first custom map tourney).

Bois is a very interesting map compared to the others because of it's sector layout. This makes it so that it's much harder to be cut off on the map, and the size makes it so that armies are typically split up. That's why, when you play it, you'll want to have a plan for where you want to set up your army. If you don't, your troops may end up being too split and it's very easy to overextend on that map. It's also one of the things I like about the map, we've seen players trying to go for a horizontal split or a vertical split, all because of the special sector layout compared to the other maps.

COH2.ORG: I assume you'll be practicing it some more this week. Have you got a good sparring partner?

Aimstrong: Lately I've been playing some automatch games, some of them while streaming, to keep my micromanagement skills at a top notch level. Some of the games have been against Symbiosis and Fir3ball, although only one of the matches against them was an arranged practice match. My only sparring partner is my good friend Tommy, with whom I've been playing quite a bit. He helped me get in shape for the First Qualifier Tourney and we've begun the training once again a couple of days ago. He's the best sparring partner and I wouldn't want to trade him for anyone else. By playing with Tommy, I'm keeping my cards to myself (I know the other contenders practice against each other a lot) and I'm getting top notch training at the same time.

COH2.ORG: What do you think of DevM's performances over the last few weeks?

Aimstrong: He's always been the joker card of CoH. In most of the tourneys he's made it very far, but we also saw him losing very early in the Third Quali Tourney. Same goes to his play, and it's why many view him as much of an 'early-gamer'; if you manage to put a spoke in his wheel, he will often lose his momentum. That being said, I think the fact that he made it as the 4th Contender is a testament to his overall very excellent play, and knocking out someone else 3-0 is no small feat at this level.

COH2.ORG: Completely agreed. Thanks for taking this moment to share your thoughts with us. We're anticipating some big punches from both of you in SNF Contender Bout #5 on January 13th. Before we sign off, do you have any shout-outs or additions?

Aimstrong: I want to give a shoutout to my friends Tommy, Arne, Pavel and Jeep. I am personally very much looking forward to this series. I rarely face DevM, so I got a feeling it's gonne be a venture into the unknown.

Dabber meme strat vs pros
VS