by A_E, Gbpirate 13th December 2020, 21:00 PM
Privyet Tovarishchi. Lieutenant Colonel Ed informs us that the fashisty are coming. Below you must read transcript of patriotic propaganda movie-film to prepare.

Now that you have applauded, it’s time to know why you’re all here. There is a huge upcoming Master League event in January. But before it, in December we will also see:

The Master League: Patreon Money Lords Do Commander Terminating Cup to End Terrible Osttruppen Regime and Make Great Internal Battle for Christmas Trophy! will take place on December 19-20 and feature patrons of the Master League. It will use the tourney mod and will feature ML2 style of commander elimination where each player can use a commander only once in the entire event. The likes of Elpern and Angry Dutchman will be casting this 'prestigious' event.. Brackets here.

Master League 4: Scorched Earth is coming to YOU on January sixteenth. Prepare yourself for a four day event with the absolute best players of CoH2 in 2021. 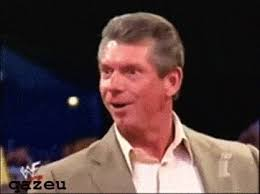 If you’re an eligible player sign ups will go live in Discord this coming weekend, check for an announcement there!

On the brackets the players will be divided into groups of four. On the first day, starting with thirty-two players, there will be eight groups. Players will be playing each three opponents once in a best of three series, and the top player from each group will move on to the next phase. Leaving the bottom three to be “scorched” and left to the wayside. In this manner, we’ll then have eight players in two groups and then the winners of both groups will progress to the finals. With a best-of-seven match, we will determine who is the champion of ML4.

As mentioned, there will be some custom rules.

First, ML4 will be on the balance preview mod or, if completed, the patched game! We believe this will be our first proper chance to see the changes in a competitive state and will be vital to setting the game's meta and our understanding of the game as it will stand.

Second, it will also utilise the ever popular Commander Terminator concept where commanders can only be used once in the whole event. Big shout out to everyone that nagged AE to use it in every tournament, without that nagging we wouldn't be living under the rule of our new Skynet overlords. (Praise Janne for working on automated discord bot functionality).

Big thanks to the Patrons of the Master League who have funded the following:

They also get to vote on the following $50 awards!


About the Company of Heroes Master League

The Company of Heroes Master League is a community-driven project that showcases CoH’s competitive scene. It features tournaments every two months and is broadcast live on Twitch. The prize pool is funded by members of the community chipping in small dollar amounts every month. By becoming a Patron, anyone can have the chance to vote on a variety of things that affect future tournaments and events via the exclusive Discord channel that brings together fans, players, and the organizers. In addition to the regular tournaments, the Master League is a living history of Company of Heroes. Detailed statistics of past tournaments are documented and results from the twenty most recent events are used to seed players in upcoming tournaments. This is to ensure that the Master League stays as competitive as possible while providing an archive of past achievements. The best part about this is that the data is free to access and available to the public! Check it out in the Master League spreadsheet. For more information about the CoH Master League, read the announcement post and, if you’re interested in getting involved, visit the CoH Master League Patreon page.