thanks very much for this, so useful! Would kubelwagens be a viable alternative to the MGs so that a different doctrine could be chosen?

You need to read the opponent's strategy. Kubelwagons are good but they will never last. I would never double up on them.

There are some strategies that will just overpower the Kubelwagon. 90% of Soviet strategies will have good anti-kubelwagon counters right out the gate (M3A1 and Maxim). They're not a good substitution against Soviets.

Americans can be quite weak against the Kubelwagon. Beware though when you see an officer show up. Both the Captain and the Lt. are very dangerous and bring exceptional counters to the Kubelwagon with them.

Without suppression later on fights can get tough. You can try different doctrines but you'd better leverage the advantage of the doctrine well.

I used it in the ESL 1v1 tournament.

thank you for sharing your insights.
i will not throw a grenade before my 2nd shrek^^.

Perfect guide helped me so much ....

Coming a little late to the party.

I've been playing mainly vs. the AI, and in team games (thinking that I would probably get crushed in 1v1). I'm finding that with this build I have trouble countering the quick T-34's of the Soviet AI.

I know the guide says 1v1, so clearly I'm guessing there are differences.
I've been watching replays of others that seem to do well against the AI.

Any thoughts on team games vs the AI?

Does 1v1 net more experience and that's why those guides seem to be more popular?

Coming a little late to the party.

I've been playing mainly vs. the AI, and in team games (thinking that I would probably get crushed in 1v1). I'm finding that with this build I have trouble countering the quick T-34's of the Soviet AI.

I know the guide says 1v1, so clearly I'm guessing there are differences.
I've been watching replays of others that seem to do well against the AI.

Any thoughts on team games vs the AI?

Does 1v1 net more experience and that's why those guides seem to be more popular?

I would guess that people playing vs the AI are probably a minority.

In my case I don't play vs AI but I let my passion guide me in writing these guides you know? I don't want to be reductive but I suspect people playing vs the AI are probably more casual players who are introducing themselves to the game.

As for team games against the AI? I'm not familiar with the AI's tactics but aim for the enemy fuel. That will slow down their ability to get tanks.

To deal with the tanks themselves you'll need to move your AT troops together. Group your Panzerschreck Volksgrenadiers up and try to focus down the enemy tank. Use your Racketenwerfer AT gun to back them up. Those two units working together can defeat any medium armor.

Later on you'll get better anti-tank by grabbing your Panther/Jagdpanzer. Stall until then if you have to.

If you enjoy the build then I would continue to refine your skills using it. It should have good "answers" to everything but you just need to get used to them. I have an upcoming team-game guide for OKW that could hopefully help. It's a build based around Special Operations doctrine. It might be a little tricky to pull off for new players but I think it can be quite strong. Look out for that soon. 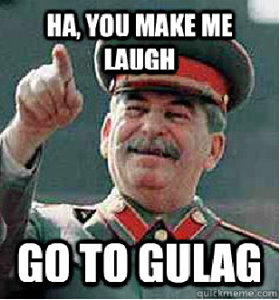 Loving this general build order, the volks/schrek stuff in particular. I was feeling pretty lost amongst all the goodies OKW offered previously, so this has really helped focus my teching into something much more effective.

Awesome! this should help me out quite a bit. I been pretty much playing like i was a chicken with it's head cut off.

I've been having some success with a similar tactic. It took me to top 500 with OKW from being a mediocre 3000-something. I started out doing pretty much exactly what you suggest in this guide but then i found out the loveliness that is the Special Operations commander. I use the same set up with an offensive Battlegruppe as a strong point. My build order has been something in the lines of:

1. Volks
2. Volks
3. Volks
4. Volks and/or Battlegruppe
5. IG and/or raketen depending on what the enemy does
6. Panzer Schwerer
7. Ober
8. Ober
9. Luchs/Jagdpanzer or save for a Command Panther
10. If i went with Jagd, get a Command Panther, if i went Panther, get a jagd. If Luchs, jump back to step 9.
10+. Replace losses, save up for additional (regular) panthers and/or Obers, win.

I find that the jagdpanzer and command panther works great in tandem, especially with some veterancy. I have been eating up so many T-34/85's it's ridiculous. When i play with Luftwaffe Ground i miss the Command Panther and the Infiltration Grenades too much. I want to give props to this guide though because it gave me the inspiration to my Spec Ops strategy.

I am as convinced as I can be, that outside high-level play, OKW is like Britz with baulz. Sorry

Would kubelwagens be a viable alternative to the MGs

And see them before the last patch.....pheeeww

A build thought up in the alpha that is still pretty viable to this day. I thnk this is the definition of a solid build. It relies heavily on combined arms and uses all sorts of different units. Although Lenny12346ing everything has its merits, I feel this build uses OKW like it was meant to be played. It may be hard to use against brits, but oh well.

This is simply not true, you can easily win fights vs conscripts with volks at range early game, and you will find concripts' equipment becoming obsolete before the volks'
Conscripts:
AT grenades, molotovs, [vet 1] trip wire flares, Hit the dirt [doctrinal], and the PPSH upgrade [doctrinal])
Volks:
inciniary grenade, salvage [doctrinal if thourough], grenade assault [doctrinal], and the Panzerschreck upgrade)
You will rarely get put in a situation as the OKW where you can't access a hard counter to a unit on the field, but your ability to solidify a strong, all-around force early game with capping power is abysmal. This is why you will tend to be in a reactive role against the soviets.
T1:
Clown cars? Early schrecks and 1-2 pupchens!
Penal spam? Get the Kibbelwiggin!
Snipers? Don't worry, It's hard to bleed the okw unless they hit your obers and sturms constantly. Just remember that it's there and try to force retreats if you can.
Sniper spam? decimate them with a fast Luchs.
T2:
2 AT guns or more? try to build support vehicles like the jagdpanzer (or the walking stuka if it gets buffed) instead of agressive ones.
2 MGs or more? Perfect! Use agressive vehicles like the jp4 or luchs and/or indirect fire
General support spam (especially mortars)? Build 2 ISGs. Barrage their mortars at max range. Barrage everything else. They are now dead. 'nuff said.

Shocks? Use MGs strategically to force them to waste munitions. Using your sturmpioneers at a distance, especially behind light/heavy cover and retreating them when they get close will drain the squad of health and men, possibly forcing a retreat.
Guards? They are elite infantry. Easy to deal with. Don't get a luchs and keep your tanks at a distance. They can effectively immobilize your vehicles for a duration of time. Be wary.

Tier three and four are a little more vague and situational and sum up to being different types of AT platforms + obersoldaten.


If you can push the game late enough or get enough fuel, you can use the oberkommando west's wider selection of late game armor to finally force the soviets to react to your decisions. I guess what I'm trying to say is that as long as you adapt to your enemy's strategy instead of trying to always take initiative and be agressive, you're in the clear.

I hope that cleared some things up/gave some insights.

I find it bizarre that you used pictures of Ostheer units to demonstrate truck placements on certain maps when you could have played as OKW and shown the actual units. Why are you using a bunker to represent a Battlegroup HQ?

Its works good on 2v2 thanks

I find it bizarre that you used pictures of Ostheer units to demonstrate truck placements on certain maps when you could have played as OKW and shown the actual units. Why are you using a bunker to represent a Battlegroup HQ?

This guide is years old and it was written before OKW actually came out. It references their old income penalty: back when they got 33% fuel and 66% munitions.

I should have made an update after the expansion came out though. So I can't really disagree.

Its works good on 2v2 thanks

Heh, well that is a bit of a surprise for the aforementioned reason. I suppose the general unit synergies still work out at least.