About The Angry Bears *Read First* 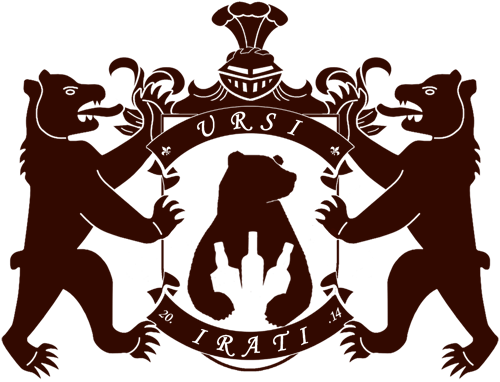 The Past
At the time of the pack forming the state of game balance was at its worse for the Soviet faction due to the introduction of the small weapons profiles. With many of Napalm's friends taking a break from CoH2 because of the poor balance he was left to hunt for good games with random scrubs. Venting some frustration over Shout Box a joke was exchanged between Napalm and The_rEd_bEar. Both were bear enthusiasts and tired of hunting with random scrubs. Napalm discovered that many other community members felt the same way and soon a pack was formed. Founding bear's m00, FriedRice, AeroHank, kreatiir joined the hunt and the rest is history.

The Present
The Angry Bears has grown from a humble start to a premium Company of Heroes 2 gaming pack. Over 50 members spread out over numerous time zones there is always a fellow Bear online to hunt with.

The Angry Bears is a mixed talent pack. Experienced bears take cubs along on the hunt to show them the ways of good games. Since the packs forming some cubs have grown to full bears and have captured spots in the top 100 of various ladders. The bears are competitive and fight in numerous tournaments and ladders to earn their salmon. 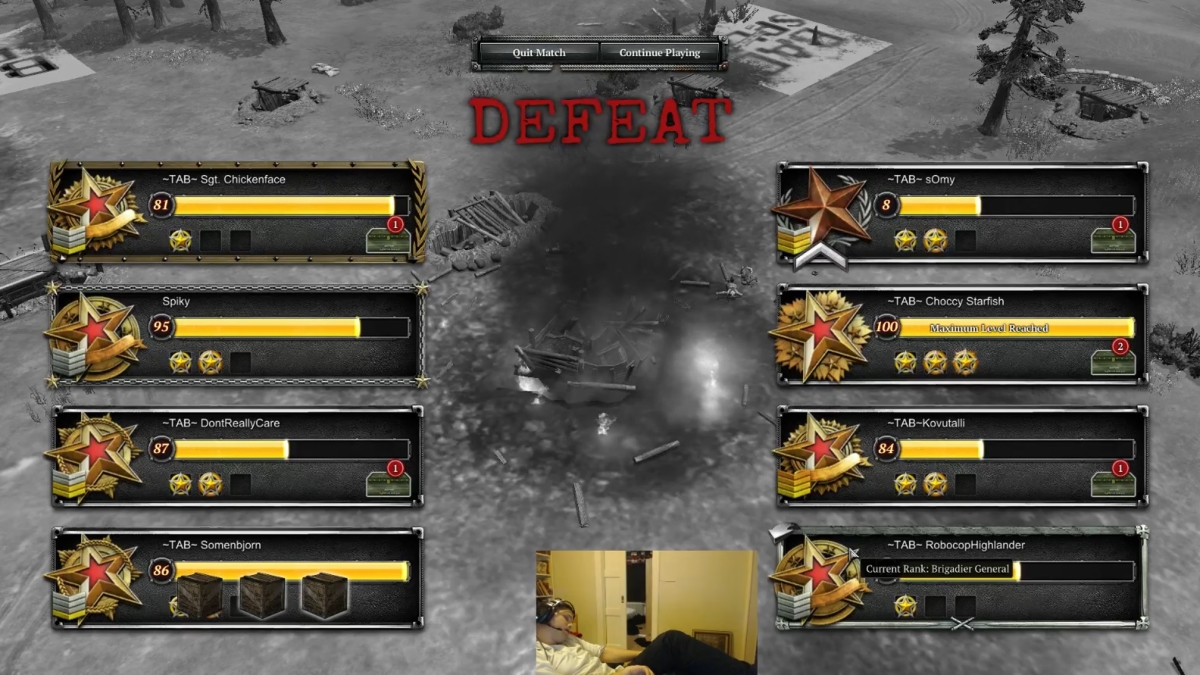 All bears abide by the bear vision. It is the packs guiding principles and any bear found in violation of it gets mauled. "The bears are hungry for good games. Bears can be independent hunters but sometimes they hunt as a group. They are graceful in defeat and modest in their wins. Bears like casual fun and messing up the status quo. Bears support each other but may eat each other if they are too hungry. If the bears get bored they'll hibernate. Some bears strive to make top 10 and compete with their fellow bears."

The bears are social creatures and when hunting or wanting to socialize with fellow bears they are on the TAB Discord server. Rumor has it that if one wants to have a bear sighting this is the easiest way to do it, no salmon required.

We pride ourselves on positive contributions to the community and maintaining a working relationship with Relic studios. We wish nothing but the continued success of this title and their future titles. 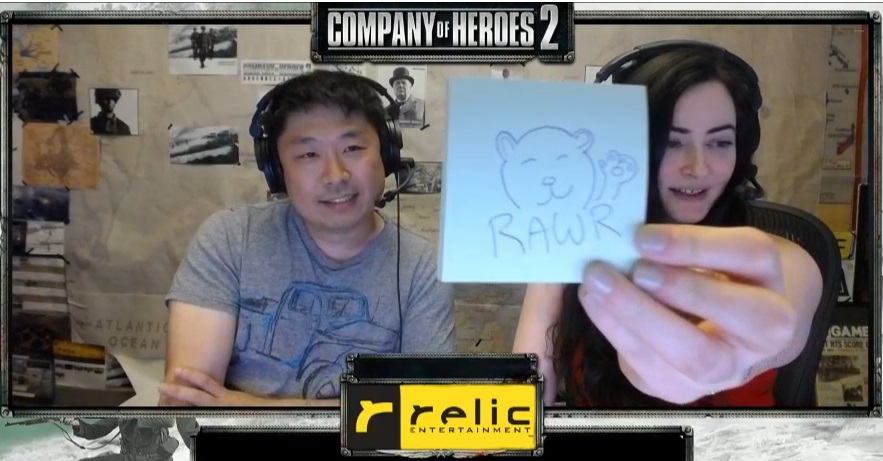 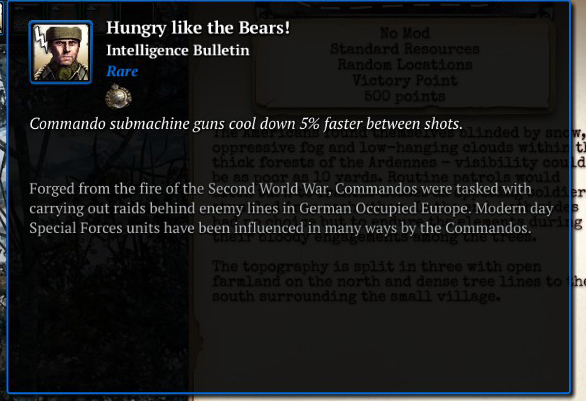 The Future
The future is bright for The Angry Bears. With the leadership of president Napalm and the support of the bear council, the pack will continue to grow. You can expect TAB to continue to challenge the status quo of the game, mess with the meta, and to compete with the best this community has to offer. Pack growth will continue into the future as long as the members are willing. The Angry Bears is primarily a Company of Heroes 2 clan but are exploring other titles in which to continue the hunt. Interested in joining the hunt? Join us on Discord.

I think we need a picture of a Bear manned Maxim for Spiky.

Note to other players - this picture is not photoshopped.

Note to other players - this picture is not photoshopped.

This photo was taken while exploiting OP merge ability.

I was going to point that out. Makes them OP in hand to paw combat.

I wonder who was the bastard that took that picture

Nawh, that would be clan NDA.