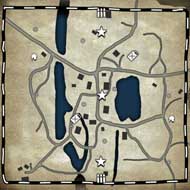 So 2 pretty good SU players decide to fight Panzerkampfwagen VI and Jagdtiger with T4! (I am as always Nein.)

Very well played by Soviets. Really, really intense. Will the Soviets make it to defeat the german standart meta with T4? Or will they get anschlussed?