OST Vs. USF - Lots of Tanks 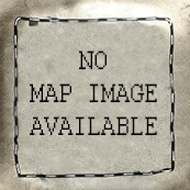 Second. You have your mg half life in the house and 2 entities... it could be very fast killed, and it is later... press the retreat button as soon as it gets out of the house. I recommend you install and use AUTOHOTKEYS...

Third. Don't allow you opponent to get your mg so easily. It's cheaper to get it and retreat+reinforce to rebuild one. Moreover, you are granting him that advantage over you.

Fourth. Build the medic bunker as soon as you need it. In the minute 5 mark, you have everybody in your base and is a good moment to very fast build it withe everybody at the same time while reinforcing.

Five. Take much care of your light vehicles when you go for it. They die easily running in front of a MG as you see in the 9 minute mark. You overexpose it going after the bren carrier and an AT was waiting for you. Light vehicles hurt brits, because the need to go AT, PIATs or AEC, so tanks arrive much later. They are fast and help you moving away from where they camp.

Six. Sniper dealing. It's difficult, but you need to bait him and move him out of the safe zone. As soon as you see it, you need to go back and try to round it with at least a pair of infantry units. Try to cover its retrating path.

Seven. You see very soon that your oponent is a camper... you need to be patient. Don't bleed entities and units one by one because you are giving him a mid-late game big advantage. Make him bleed instead forcing him to go out of his camp. Fight where you feel more confortable. Move him and keep your units together. Use smoke when capping. You can use smoke over MGs or over you capping unit... mortar smoke is very useful. You can have 2VPs and make him move, so you can make him bleed then... you are fighting where he wants, not you.

Eight. I like using recon option commanders. If you fight against a camper, knowing what he has is key. I'm sure you don't figure what he has easily. Sometimes you face more than expected, and sometimes less... it helps you plan your attacks, or movements. Look at what he has and then think what or where could you hurt him more. You also have spotting scopes, which are great in scout units, like you lost 222.

Retreat and heal your mortar after that, and remember to use smoke when attacking.

The comet is a very good tank... figure facing one of these or a churchill if you don't see any more fast armour on his side. You could stop building panzer as soon as you see it, so you would need a panther instead. Anyway, take in mind the fireflies have panthers for lunch... so you would also need to counter that too with more pzgrens with shrecks (you had plenty of ammo to buy them).

Repair you panzer as far or protected and as soon as possible...

Fighting against a wall is frustrating... try to round it and attack the back or his base with a tank rush...

Your best unit was the panzerwerfer... maybe building another and defending your position could have been a good idea too... the panzerwerfer makes him to get out of his camp.

Be careful with white phosphorous from the comet. It destroyed a full health gren in a moment.

At the end, it's a desperate battle, where your opponent has more tham 1000 manpower floating...


Well, that's all for now. Hope this helps you and feel free to discuss everything you want. I'm not an expert player, but I have been playing CoH from 2006... Kisses!
PAGES (1)