by Twister 2nd February 2013, 19:08 PM
There are a lot of players out there who know pretty much everything there is to know in order to compete at the highest levels. They know how to respond to almost all potential situations that can arise during a game, their micro and multitasking are sufficient and they win most of the games they play in automatch, even against top level opponents. However, whenever they play in a tournament they don't fare very well. It has nothing to do with a lack of skill or practice and has everything to do with how they mentally approach those games.

The Man Who Thinks He Can

If you think you are beaten, you are;
If you think you dare not, you don't.
If you'd like to win, but think you can't
It's almost a cinch you won't
If you think you'll lose, you're lost,
For out in the world we find
Success begins with a fellow's will;
It's all in the state of mind.
If you think you're outclassed, you are.
You've got to think high to rise.
You've got to be sure of yourself before
You can ever win a prize.
Life's battles don't always go
To the stronger or faster man;
But sooner or later the man who wins
Is the one who thinks he can.
~ Walter D. Wintle ~

Besides the sheer number of games you are required to play in a tournament, playing a tournament game is essentially the same as playing an automatch game. However, the mindset of the player is invariably different when playing in a tournament setting rather than another automatch game. In an automatch setting the player isn't as invested into winning, it doesn't have the same importance for them and thus they play in a more relaxed manner. In a tournament game, however, the victory takes on a much greater significance and the player is much more likely to cringe with every mistake and focus on what they've done wrong. It is also the case, for most players, that they don't expect to win the tournament and when they face a top player, they are resigned to a loss before the game even starts.

As in every sphere of life, winning in COH requires a positive mental attitude. People with a winning mentality have a goal in mind and anything which stands in their way is an obstacle to be dealt with. When they have a problem during a game they don't think of how badly it screws up their game plan but of a way to solve it. They might have made a mistake, but they are still in the game and their opponent will make mistakes too. You have to realize that you have weaknesses and strengths. Exploit both of these and you will be able to win. 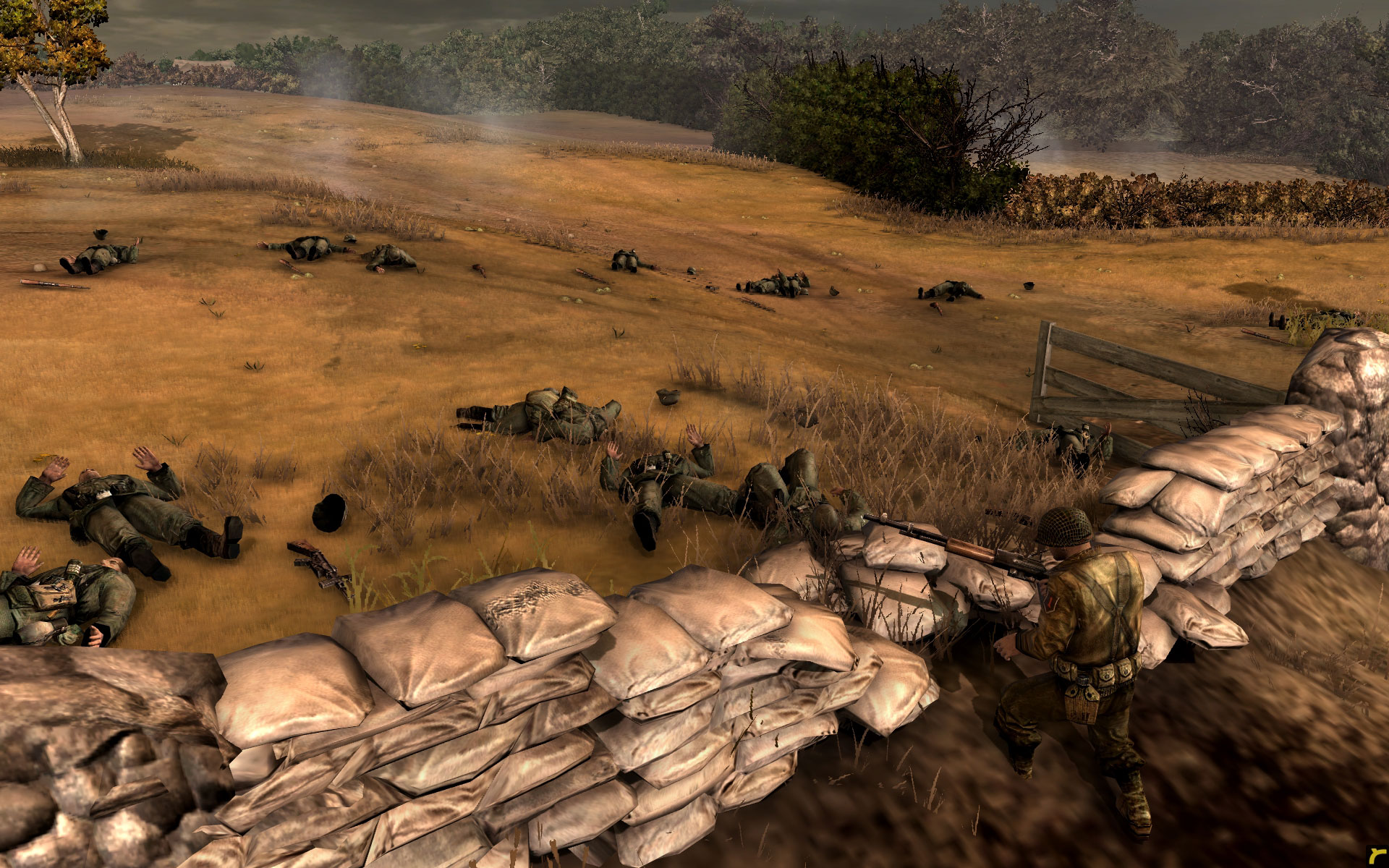 The aftermath of a bloody engagement

Here I will speak from my own experience in Sunday Night Fights. I don't consider myself a great player. My micro and my multitasking are good, but they could be far better. The fact that I made it to the Contender Bout surprised many people, including myself.

The week before the Third Quali Tourney I didn't think I would sign up for it. I had a lot of work to do and not much time to play. Then I read a small post by AmiPolizeiFunk where he basically encouraged people to sign-up even if they thought they would get their backside whipped. I thought, "Why not me?" and signed up. A week later I had only played five automatch games. All I wanted was not to get beaten in the first round.

Fifty minutes before my games 12ocky messaged me for the first time and asked me if I would like to warm up with him. I accepted and got my Wehrmacht convincingly beaten on Semois. At the end of the game I didn't think I was doomed – even though it felt bad to lose this close to the tourney – but that I just had to plant more mines! It was literally all I was thinking about!

A little time passed and the brackets announced bad news for me; I had to play my first round against none other than 12ocky. Luckily I got to choose the faction, so I set myself to play US on Argentan. Winning that first round was all I wanted, so I sat tight, drank some water and stepped into the game. The first few minutes felt terrible; my units looked weaker than usual and I knew my opponent was capable of beating me. I played the best I could nonetheless, and luckily won that match. This victory was however only a small ray of sunlight before the storm that was coming, for my next opponent was DevM. 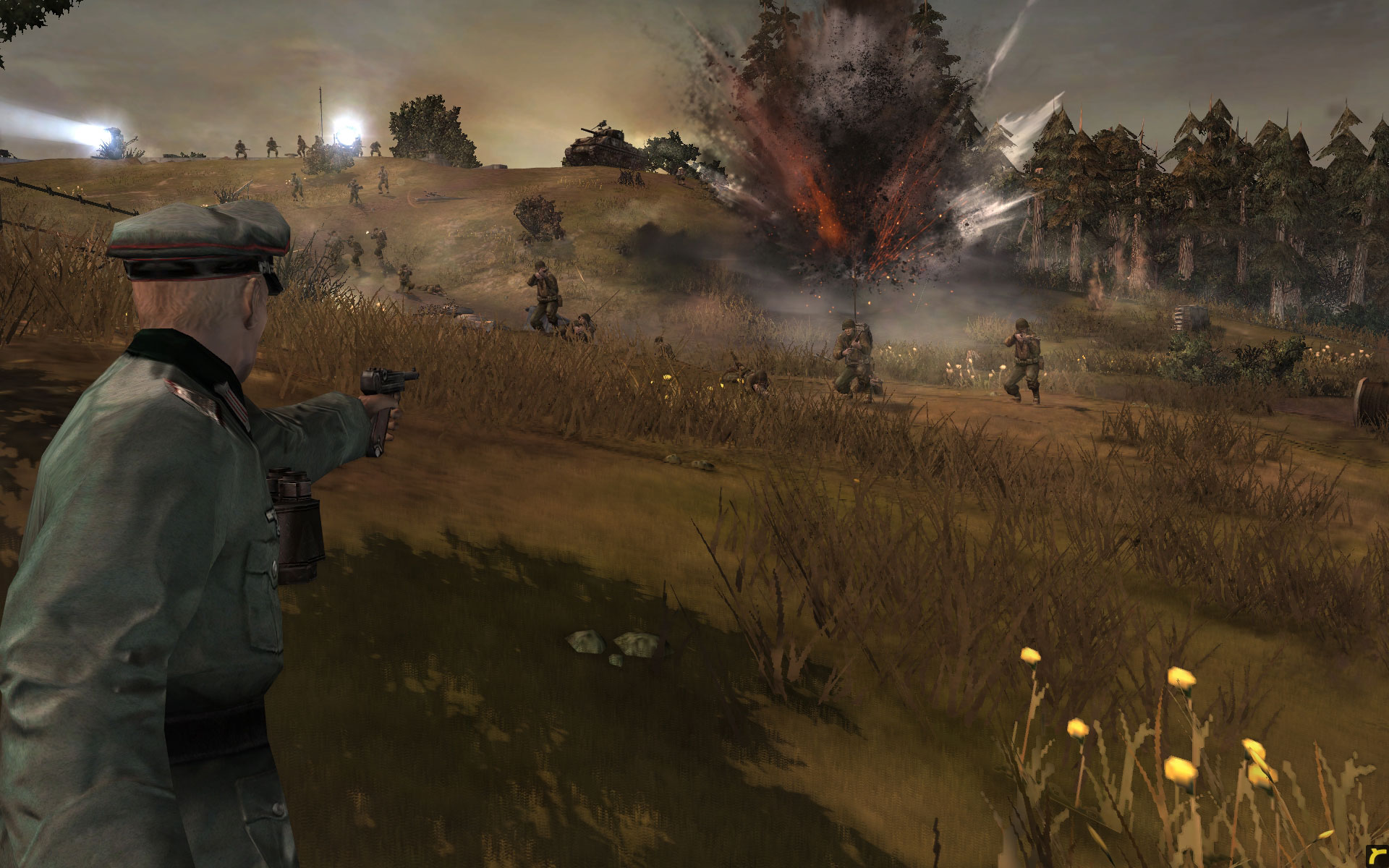 A Wehrmacht Officer holding his ground against an American assault

My goal was accomplished; I had made it to round two. Winning against 12ocky after losing to him in the warm up game gave me just enough impetus to think, "Hey, I won against 12ocky, but how well can I fair against DevM?". After veto process I had to play against his Wehr on Semois. I had only one thing in mind: not to forget to plant those mines! The match began, and I was so focused a fly could have sat on my nose without me noticing it. I tried to play the best I could and spammed mines! Half way into the game my brother came in to ask me how I was doing and I told him I was playing against DevM. He took a chair, sat next to me and said: "What the hell?! you're winning!".

The mines won me that game. It was not spectacular, but it felt so good that I thought I could beat anyone that day. I then faced KoreanArmy and NoLuckyStrike, and won the a spot in the Contender Bout without thinking for a second that defeat was a possibility. It doesn't mean it was easy, but after that great start I knew I could overcome any challenge I faced.

I am not writing this just to tell my story, but to make you realise what it took me five years of Company of Heroes to understand; a positive mindset is essential to victory. Mines won me the game against DevM, but my experience with 12ocky won me the qualifiers by giving me the right mentality. In my opinion there are more players out there who can compete with the best than the same number we usually see. There are just too few who believe in themselves.


To believe in yourself means to remain confident in all circumstances. Playing in a tournament is usually disconcerting and this feeling is something you have to learn to control. There is nothing more common in a tournament than to take a look at your brackets and think, "Oh no Mr Ownuwitheasy is in the same bracket, I'm never going to make it". There is often Mr Ownuwitheasy#2 in your bracket too, but it doesn't matter; your only worry should be the match you are about to play. Spending time and energy worrying about those people already gives them an advantage, and you slowly start to lose focus on your current game. They aren't playing against you right now, so they don't matter. Set an attainable goal instead and focus all your energy on it. Think, "I am going to win Round One" and forget everything that doesn't help you do it. Get in the game; take control of yourself.

After you have accomplished that, set another goal. Think, "Alright, it looks like I'm good enough for Round One, let's win Round Two then". And when you finally meet Mr Ownuwitheasy, don't panic: you now have the perfect situation to display your true skills, you can show everyone – including yourself – how good you are. After all that is why you signed-up; you wanted to compete with the best, so here is your chance. Sit tight, jump into the game and play to the maximum of your potential.

The best way to maximise your potential is to play the game in your own style. This means two things; firstly, use the strategy you are the most comfortable with. People might say it has some weaknesses but the truth is that all strategies have weaknesses, you just have to minimize them. It is easier to play with a build order you have used hundreds of times than with one you learned two weeks before. You will eventually master many of them but there will still be one that you will feel better than the others, so unless your opponent is doing the exact counter to it, use it.

Secondly, define a game plan, follow it and force your opponent to follow it. You may be extremely adept in specific situations, such as flanking with riflemen but you cannot afford to lose sight of the overall game plan or a good opponent will be able to give themselves breathing room and eventually retake the initiative. Initiative is essential for winning; make your opponent react to what you are doing so you can play to your strengths and exploit their weaknesses. How do you do that? By being bold! Their flank just failed and they fully retreated? Go take their territory! Even if they are the best player in the world, they can't possibly have anything to stop you at that particular moment, so make them pay for their mistake!


A lost battle is a battle one thinks one has lost.
~ Jean-Paul Sartre ~
Of course nothing goes the way you want during a game. When you make a mistake, no matter how dumb it might be, don't get fixated with it. Adapt to the new situation with your overall game plan in mind. You don't have time during a tournament to curse yourself. Tell yourself something positive instead, or at least neutral: "Damn I lost a rifle... Well, I'll get my m8 earlier and will then replace the rifle". The same logic applies when your opponent does something completely unexpected. For example if your American foe just fielded a Sherman and you haven't teched beyond a Wehrmacht Quarters, act as if you had a PaK sitting behind your lines. Your opponent will think you've got something up your sleeve and won't rush you, giving you time to build your T2 and your PaK.

Even if you are obviously losing, never give up too early. There are more comebacks in Company of Heroes than in any other game I know. Force your opponent to take the victory away from you. You will learn a lot from such a defeat, and you will exit the tournament at a higher level than you entered it.


Tournaments are not only mentally hard, but also physically exhausting. If you have never played one it is easy to think that spending half a day at home playing video games can't be that tiring. In reality staying focused for seven to nine hours puts a real strain on your body. I would recommend doing a couple things to keep yourself in shape: 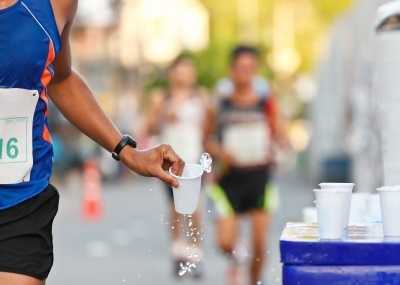 Hydration is the key to victory!


If you had to retain one thing from what you have just read, remember this: everything is possible. There are many excellent players in this community but always the same people in top four of tournaments. You could very well change this, for at the end of the day, the man who wins is the man who thinks he can.