by 12azor 16th January 2013, 21:30 PM
COH2.ORG's Lead Editor, 12azor risked life and limb to take an elevator to the Studio Penthouse of the Chrysler Building amidst a rain of extraterrestrial debris. Word on the street is that the "kid wonder" Symbiosis is training his his bob and weave with a masked mentor above those iconic silver gargoyles. 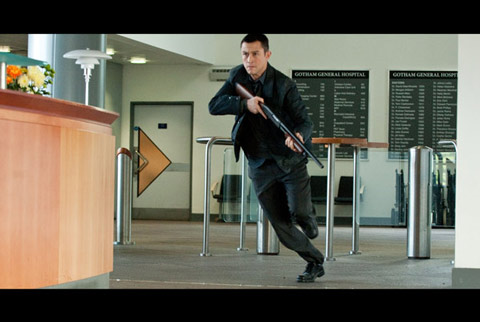 COH2.ORG : Hi Symbi, thanks for taking the time out from practicing to speak with us. Firstly congratulations on reaching the final four! You managed it fairly easily it seemed, although you had a horrific performance against Aimstrong in Contender Bout #1 - any comments on that?

Symbiosis : Hmm, I'd say I agree with you.

COH2.ORG : Ha! Who did you think would be the final four before the season started? Were you confident in securing a place?

Symbiosis : Something can always go wrong of course, but I knew I had a good change at making it and I think the four that were left is not a big surprise.

COH2.ORG : I'm sure most people would agree with you on that. You're well known as a very solid, conservative and consistent player. Some people have even said too conservative - how would you respond to that?

Symbiosis :Sometimes that is true. I'm not really a player who goes all in with some risky early push because it may mean I have to rely on my mid-game, like a fast M8 or a counter snipe. If that fails you have no map left to fall back on.

COH2.ORG : So it's just the way you play? You're not planning on changing it for the Semi-Finals or potentially the Championship Final?

Symbiosis : No, and even if I would, wouldn't it be better to keep it secret? Anyway I've already proved that I'm able to beat Aljaz and DevM with my current style. If I'd have had to play Aimstrong, I might have changed a few things though.

COH2.ORG : Interesting, which of the two do you fear playing against more? Aljaz or DevM?

Symbiosis : Hmm, hard question, I'm not quite sure. I haven't played Aljaz recently, so I don't really know what he does these days, but since I normally always practice against him I know his game.

COH2.ORG : Ah, but then he knows yours as well!

Symbiosis : Exactly and that's the funny thing, do you go for your usual play or will you try and surprise him?

COH2.ORG : I think you should WSC start in Game 1 and work from there.

COH2.ORG : This season has featured custom maps for the first time – what's your take on the two of them? You seemed to get the hang of Argentan really quickly compared to some of the other players.

Symbiosis : Yea it seemed, maybe that's just because I quite like the map

I don't really like Bois though, so if I make it to the finals you can be assured that I'll veto it.

COH2.ORG : So, as you're playing against your regular practice partner, Aljaz, who has been filling in for you to spar against?

Symbiosis : DevM, since I wouldn't be playing him for a while and actually expected Aimstrong to win.

COH2.ORG : Do you expect to see a repeat of last week's episode? With the U.S. being completely dominated by Wehrmacht or do you think you guys can redress the balance a little?

Symbiosis : In the past, when I played his Wehrmacht, the games were always really close and long. His huge Wehrmacht tier one is always hard to beat as U.S. but I'll certainly try.

COH2.ORG : So you're confident in your own Wehrmacht beating his U.S.? Or will you be breaking out some PE perhaps?

Symbiosis : Yes I'm confident of my Wehrmacht against his U.S. With regards to using PE I might against DevM but against Aljaz on these maps I'll stick to Wehrmacht.

COH2.ORG : Fair enough, well I've taken up a lot of your time. Thanks for allowing me to interview you! Do you have any shoutouts you'd like to make or words for Aljaz before Sunday's big series?

Symbiosis : Let's say I hope that whoever wins this Sunday, wins SNF. Shoutout to all the Allstars members of course and to all the players who practiced with me, to get me ready!