by CookiezNcreem 8th September 2015, 14:53 PM
Introduction
The roar of engines drown out the echo of thoughts during a warm day in Holland. The sun glints off the windows of a majestic manor house before dulling on the ivy growing on the walls. "REGIMENTAL HEADQUARTERS" is hastily scrawled on a plank across the white door. It creaks open as a lieutenant, preoccupied with a dossier in his hand, scurries past, only managing a quick salute. "Sir!"

Inside, a blinding swarm of personnel is bustling every which way, accompanied with the clatter of field boots and radio chatter which fills the air. Through the cacophony, an assembly of officers is situated in a drawing room, with cobwebs and dust dancing in the vaulted ceilings. Radios, maps and charts hastily strewn about, signal its significance as a converted command post. "Colonel, it is an honour, we have been eagerly anticipating your transfer." A Major sporting a sprightly mustache in the middle of the group briskly says, failing to make eye contact. He is too preoccupied with a manila folder, a "Top Secret" label taped stuck across it, in the same crimson as this mans beret. The Major slams the report on his desk, calling the room to silence. His fingers reach for a handle, as he slides open a drawer with a groan and squeak, that cuts through the air. After some rummaging, he raises a pipe, and strikes a match, before stepping towards the door, ushering the other officers out with a flick of his eyes.

The tension is palpable, as the door to the great room shuts with a thud. "Now then..." lighting his pipe. "I hope you have enjoyed your leave" he says, as he glances wistfully through the great rooms bay window, before striding back to his side of the mahogany desk. "We have heard a lot about your prowess during Caen then Arnhem... our forces have come a long way since then" he pauses, taking a long, labored drag, before slouching and closing his eyes, "but I needn't remind you of all people about the slog it's been..." he exhales, before lowering himself in his chair and pulling it up to his desk. His eyes open once more with a steely vigor: "We have learned much since then, and we will need commanders such as yourself, with innovative new ideas, to finally end this bloody war" he snarls, gnawing at his pipe. "I understand you have brought your retinue with you?" motioning with the blunt end of his pipe towards the solemn folder on the desk. The Major digs in his pocket and offers a cigarette across the desk, before peeling the red label off the folder, and flicking it open "let's get acquainted, shall we?"

"As a preliminary, mind telling me why you Used Boat Salesmen are hopping into our party? My men wear maroon berets, when they have been trained to deliver death from the sky." 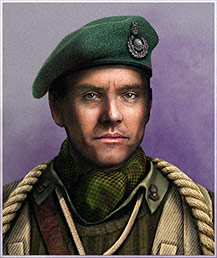 Commando Regiments provide numerous opportunities for hit and run attacks and striking the enemy’s most vulnerable points. Smoke raids can be used to disrupt enemy supply lines before ordering a direct assault with grenades. Mortar and air support can provide cover for advancing troops while glider-borne commandos drop in behind the lines.
4CP - Smoke Raid Operation 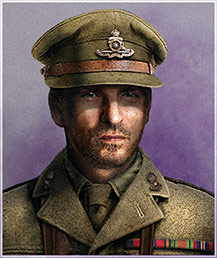 Focused on reconnaissance and long range firepower the Royal Artillery Regiment caters to those who want to eradicate the enemy from a distance. Abilities are focused around locating the enemy and then deploying powerful ordinance to destroy them.
3CP - Early Warning 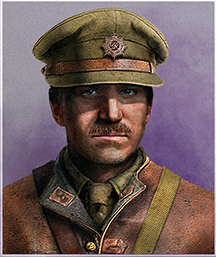 Royal Engineer Regiments provide benefits to vehicles and structures and the means to clear enemy positions. Command Vehicles can be designated to provide support to nearby units while vehicles and emplacements can repair themselves. Incendiary Mortars and a Churchill AVRE team can be used to eradicate fortifications. 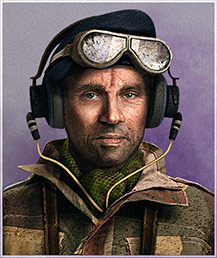 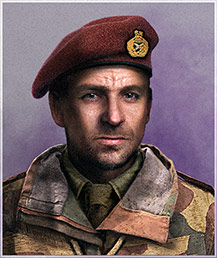 The Vanguard Operations Regiment utilizes a mixed force of air and ground support to maintain a strong frontline presence. Launch the Forward Logistics Glider to provide early field support, advance quickly with the Raid Operation, and call for Strafing Support to maintain air supremacy. Finally, the potent Vanguard Operations Crocodile can be deployed in order to make the decisive thrust into enemy territory. 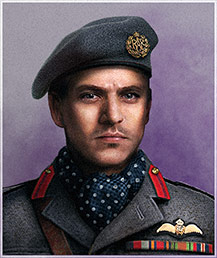 Tactical Support Regiments help out behind the lines, improving existing units and providing fire support to allies. Designate a Command Vehicle to improve nearby forces or use air support to provide equipment to frontline troops. Artillery can cover advancing troops while recovery teams gather resources from vehicle wrecks. A Forward Observation Post can be used to provide rapid response to nearby threats. 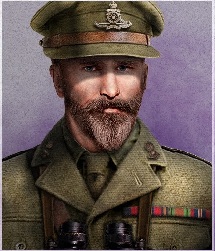 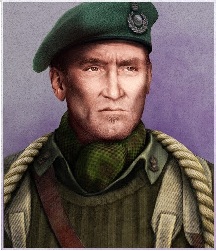