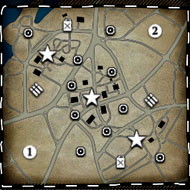 Insane game, I love you Noggano.

dat amount of vet 3 units in the soviet player doe

To Mr Sotko and ATR I know this is the .org replay highlight and so it's a vital way to get the word out about your casts and channel so as many people see it as possible, but it's also sacrificing covering great matches that have not been cast.

For this game we now five people have cast it: Me and Stormless live from ESL UK, Maza in Russian, Mt Sotko, and ATR.

When the epic series that knocked Luvnest out of the big Monthly Finals tournament where Talisman reigned supreme and wasn't picked up by the original live cast team, it has gone un-cast and the replays are freely available.

If you ever want recommendations on series to cast that haven't been covered live just send me a PM or add me in steam I always have a good eye for what would have been good etc.

I've guided tightrope before, and subsequently been able to link it in my articles etc about tournaments.

Why no stuka after luchs?

Why no stuka after luchs?

its too risky make stuka after luchs

its too risky make stuka after luchs

I mean what exactly would you do vs this build? Luchs followed by stuka.
As of AT it could be 1 ATG , 2 shreks, and mines.
So i dont see which "tank units" you see as a thread to stuka when it arrives.