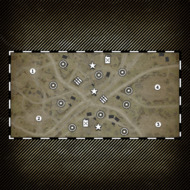 Had a pretty epic battle in a 2v2 against Ostheer and OKW where we was getting heavily stomped on after I made a wrong tier choice but then the tide of battle changed in the last few seconds of the match. This followed up with a brutal bunch of road kills and single T-34 v King Tiger fight while still pushing corpses along the road.