COH2.ORG » Replays » Why is the panzerwerfer so good?

Why is the panzerwerfer so good? 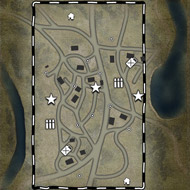 No chat in this replay.

Why is the panzerwerfer so good? I don't know. Some people say it can shoot every 24 seconds, but witnesses are few. Most of them probably died under the rockets when the werfer was trying to get vet 1.

Anyway, this game features back and forth action, tons of dead stuff, big tanks, drunk German drivers and a vet 3 SU-85! That thing is a beast, check it out!

Crazy game. Your sniper micro to avoid both mortar shells and later the Pwerfers was quite well done. I didn't like your choice to build Katyusha's instead of as many SU-85s as you could muster. Tell DD to try not to lose his first ISU-152 having it too far forward

You guys were lost until they suicided their two Tigers (not necessary).

DD's through-the-fog-of-war attack ground shot on the Pwerfer at the end was money. Worth watching just for that gem! Honored.

Will be casting this. Should go up on Thursday

Subscribe to thread
COH2.ORG » Replays » Why is the panzerwerfer so good?
UTT2 Main Event
Event in Progress
» Watch here «