This is premature since we have not seen MP yet but here are my thoughts:

PVP - Player vs Player
PVP maps need to be a little less cluttered and flow better than campaign style maps. At some point we will get MP alphas and then we can talk more to this style of map. Right now we have no idea of mechanics, army comps, what will be OP, etc.

FL - FUN/LEARNING MAPS
FL maps are designed for new players to get used to PVP while fighting bots. The maps should be a mix of pretty and PVP maps. The mappers can push the boundaries a little more of what should be allowed for balance while adding in lots of eye candy.

Many players play on lowest settings to get maximum FPS, so standard PVP maps should be dumbed down a little. FLs should be used to showcase the new engine and how beautiful maps can be. That is a big draw for many learning players.

CS - COMP STOMP
These maps need choke points. These include your typical CS maps that have 3 bridges like Lyon, Sittard Summer, etc. Some players do not enjoy microing units all over the place but enjoy the setting and the big ticket items like arty and tanks. Choke point maps also force the AI to fight you rather than sneak around behind you capping points.

When I played vCoh and early Coh2 I always enjoyed a long single lane map. An example would be my map THE NARROW. A great feature of this style map is you can make it a 4v4 map. So players have more control of the number of enemies they fight. You can play you and a friend against 4 AI for example. So you get to kill more units that are less aggressive (See AI below). 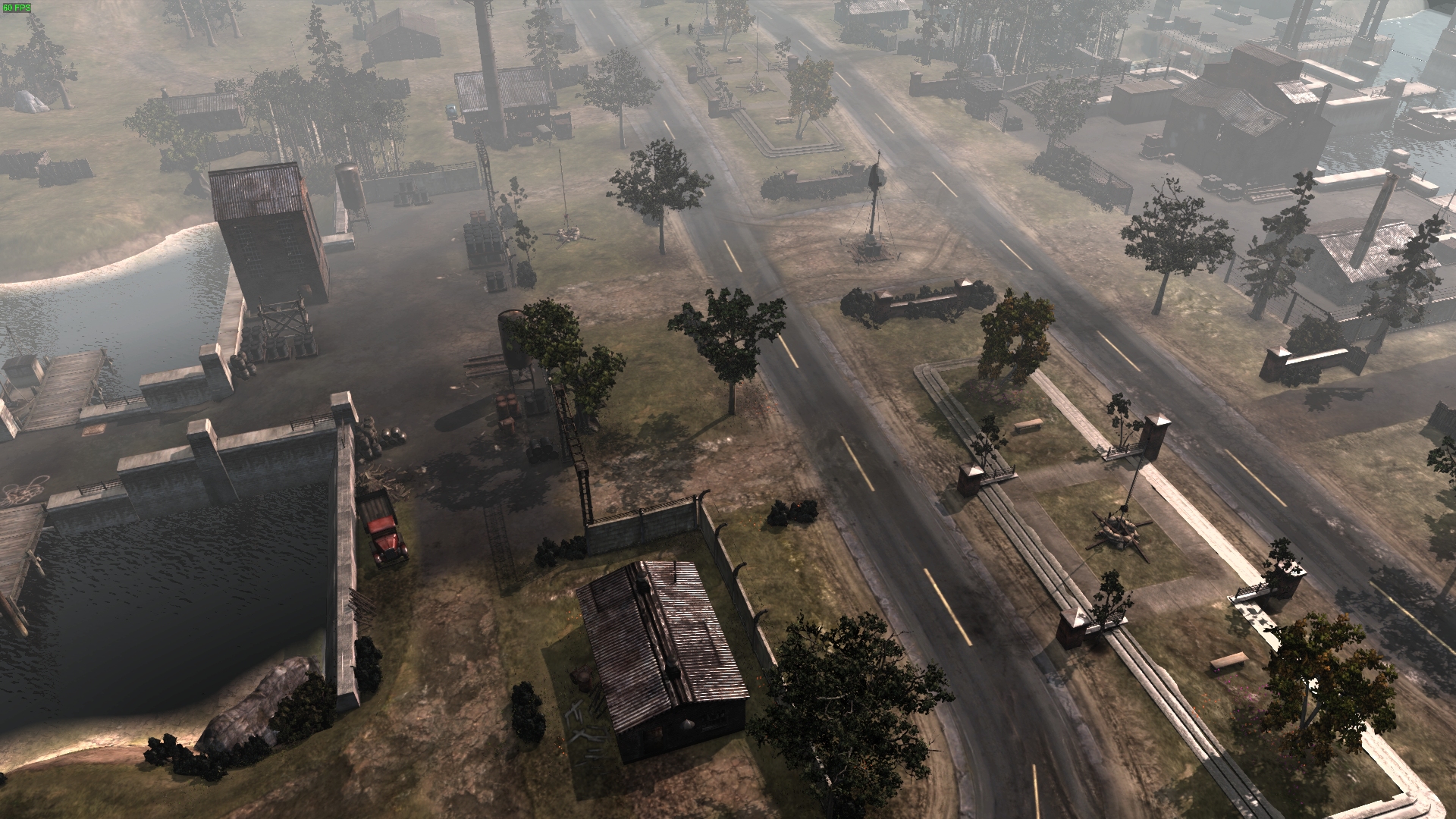 And similar to FL maps, CS maps could be heavily decorated like this amazing map BUDAPEST or the campaign maps we have seen already. 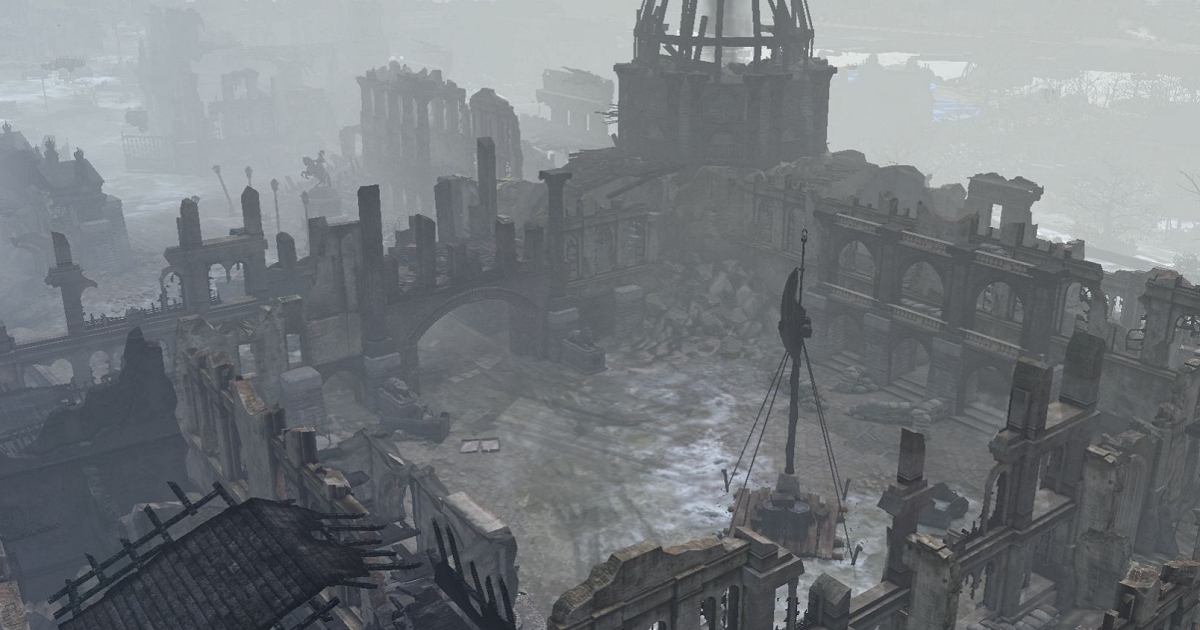 AI UNIT SETTINGS
The Coh system usually has a few levels of AI. Each is basically the same AI but with more resources and less FOW. These are great for prepping people to play PVP.

I would like to see adjustments for comp stomp players. For example you can play against an easy AI that is very passive but you can set that AI to have massive resources. This lets low skill CS players fight lots of units that are not fighting back as much. This way players can adjust the game to how they actually want to play it, rather than be forced to only play a certain way.

For example playing against EASY AI is boring because it makes very few units. Playing against HARD AI is fun because it makes more units, but it sucks because the units fight differently and are more aggressive/back cap more/ etc. Would be great to adjust the skill and number of enemies to your skill level and map style.

I am assuming that the AI will already be better at fighting than previous versions.

If anyone has ideas about the map or AI styles I can add them to the list.

Speaking of maps, variety is always the king, not just variety in as OP said with some competitive and some stomp maps, but also the competitive maps should be different from each other
CoH1 was very good at that, CoH2s maplist has gotten better, but problem is that the same BOs works on 90% of the maps


As for AI, yes, excelent idea with the deeper settings

I just hope that AI will not only be about resources, or as OP said, agressivity, but also some actual common sense
The least they can do is basics such as:
"Sees 3+ counters to unit X" = "Does not build unit X"
"12 min mark has passed" = "Does not build clowncars"
"Squad down to 40% under fire from full health enemy squad in a better cover" = "80% chance to retreat"
"Squad supressed by MG fire" = "Other squads try to stay out of the arc"

Great post. These distinctions are super important. It must be clear what category a map belongs to when it's designed. I hope relic is aware of this. I also agree that a couple of "fun maps" are tolerable in automatch as long as they don't exceed vetoes.

I don't know if this is on the docket, but AOE's AI is actually quite robust and while I understand that properly making AI is very hard, having an AI follow basic strategic principles (Build X Infantry, Save for Tank, Build AT Unit, etc) and have a set of diversified strategies that determine it's processes throughout a match ("Secure Fuel, Secure Munitions, Deny Opponent Resources, Reconnect Territory, Attack Opponent's Infantry, Attack Opponent's Vehicles, etc) would be a massive step up from CoH2's AI that just seems to not do much of anything besides sneak around your FOW and backcap you.

It would really lend itself to having more unique fights vs AI and for new players who want to play against AI to get themselves ready for MP it would be less of a massive gap in skill level taking the jump.

What I really wish for in COH3 is an implementation that makes switching out maps and map rotation easy.

From how I have seen it, in the more recent years relic was quite reluctant to ever change maps, which led to mappers not being really interested to make maps in coh2. (I think? feel free to correct me.)

I would love something like seasons in Starcraft 2, where we get a certain map rotaion for a couple of weeks or months and that it can be expected to see new stuff.
Maybe even go one step further, have a bi-anual voting of the favorite maps and worst maps. In that way relic and mappers can gather some info what kind of maps people like.

Mapping contest hosted by relic would be cool as well.

My problem with CoH2's AI is that the early game is as you'd expect, the mid-game is extremely rough, but the late-game is easy. Early on they can't outproduce or outtech you in any meaningful way, but in mid-game they they get a fast light vehicle often before you can field a counter, then a fast tank when you're just reaching your own light vehicles. But if you can weather the onslaught of enemy light vehicles and tanks and get your own armored corps, the enemy is drained of resources and can only front a steady stream of medium tanks to confront your several.

An ideal AI for me would be one that is more dynamic, one that can be set to match your army value or something, to provide a steady challenge at all stages of the game. If that means they get some free tanks late-game.

I wish they'd stay away from making it like COH1. After going back to it for a few games, having not played in 5 years, it feels so stale compared to COH2. Don't get me wrong, it has some good mechanics, like side armour. The rest is just less refined that COH2, emulating COH1 feels like taking steps backwards.
PAGES (1)