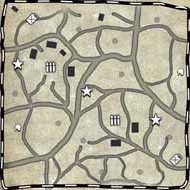 I just finished this play and, although I had a good early mid dominance, I lost badly at the end. I know that my opponent did a good job preserving units, but what more could I have done to seal the deal?

I know that I floated heavily during early-mid game, and the 120mm came a little late. Teching up to T3 was also late and I could have benefited with some armored support early on (maybe even a T-70).

PS: I know that there was a slugfest at the middle, and didn't avoid it very well. My multitasking is not that great
PAGES (1)